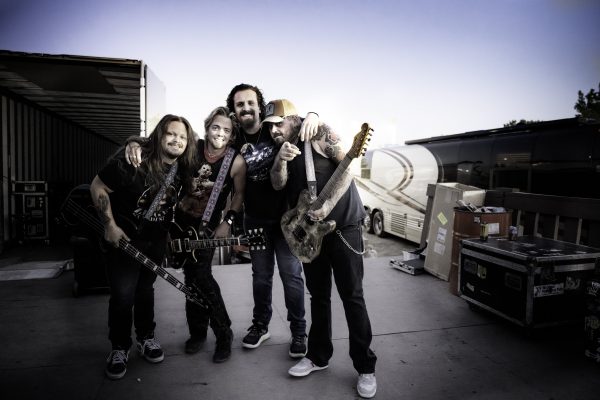 Black Stone Cherry will be releasing Live From The Royal Albert Hall… Y’All on 24 June via Mascot Records / Mascot Label Group. You can watch the first taste with‘Ringin’ In My Head’here.

On 29 September 2021 – the year of the band’s 20th Anniversary – Kentucky’s favourite sons, Black Stone Cherry, realised their childhood dream of playing at the legendary Royal Albert Hall. Sat on the stage at the iconic Victorian building, singer-guitarist Chris Robertson pauses, looks around and says, “When you’re a kid, and you see your heroes’ playing places, and then all of a sudden you find yourself sitting on the stage, it’s pretty emotional. But we’re gonna royally rock it this evening. You better believe that.”

And they don’t disappoint as they open with the explosive ‘Me and Mary Jane.’ From clubs to arenas and Festival headline performances, no one puts on the kind of show that these boys do. Hit after hit – it’s all killer – the rapturous crowd roar back. Black Stone Cherry was one of the first international bands to tour the UK following the Covid19 lockdown restrictions being eased, and they gave every single fan in there that night a euphoric dose of happiness.

They tear through an impressive back catalogue, playing songs from their most recent studio album The Human Condition – ‘In Love with the Pain,’ ‘Again’, and ‘Ringin’ In My Head’ – through to their biggest hits and fan favourites. ‘Blind Man,’ ‘Hell and High Water,’ ‘Blame it on the Boom Boom,’ and ‘White Trash Millionaire’ rock the building alongside moments of tenderness such as the touching rendition and emotional performance of ‘Things My Father Said.’

Talking about playing the Royal Albert Hall, drummer John-Fred Young said, “To be honest, I was terrified. It was heavy walking in there. You think about how many great acts have played this place. The prestige behind it. We’ve wanted to play the Royal Albert Hall since the first UK tour in 2007.”

He continues, “Dudes from the middle of the country in Kentucky to go out here and have built an amazing group of people that we care about and come to our shows and support us. To know that with all that hard work and dedication we have put into Black Stone Cherry, we’ve accomplished something here. Walking in that place, it’s just breath-taking. You walk on that stage, and you say, we did it, and it’s a feeling that I will cherish for the rest of my life.”

New band member Steve Jewell Jr replaces founding bass player Jon Lawhon and criss-crosses the stage with Ben Wells and Robertson projecting boundless enthusiasm. This is a band absolutely revelling in playing together, and it comes across in each song.

On the Blu-Ray, the live footage is dotted with behind-the-scenes interviews, fly on the wall footage and archival insights into the band as kids first starting out, snippets of their first ever UK tour and heartfelt moments of reflection. But ultimately Live From The Royal Albert Hall… Y’Allwas about bringing rock ‘n’ roll to London, Kentucky style, and they tore the roof off that mother. 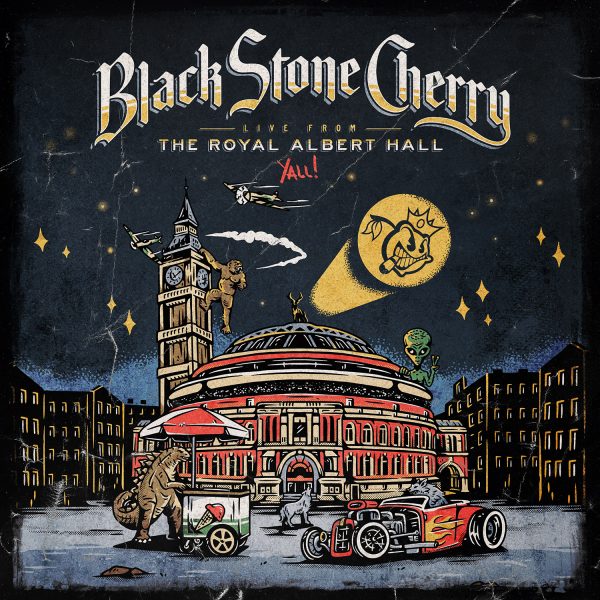