For rock aficionados there can’t be many bands more interesting to watch the evolution of than Black Star Riders. Formed from a ‘reboot’ of Thin Lizzy almost a decade ago with Ricky Warwick (of 90s UK rock stalwarts The Almighty) partnering Lizzy guitarist Scott Gorham to front a band of mostly ex-TL musicians, they were initially, and predictably, dubbed a ‘Lizzy-lite’.  After the decision not to record under the Thin Lizzy name, and a few personnel changes, Black Star Riders was born.

What’s come since has been a real-time melding of Warwick’s punk-metal Almighty past, his own more Celtic acoustic solo style, the prerequisite harmonic guitar work from Gorham and cohorts, the elements bought in by their rotating rhythm section (and ‘in-and-out’ keyboard players) and the seemingly inescapable pull to sound at least a little bit ‘Live and Dangerous’.

‘Another State Of Grace’ might be them finding their sweet spot. While bursting with the the energy of a new band formed of seasoned pros with fire in their bellies, their 2013 debut in retrospect lacks an overall ‘feel’, and has individual tracks playing to the strengths of the creatives in the room. Since then, 2015’s ’Killer Instinct’ and 2017’s ’Heavy Fire’ have been a band slowly finding out what makes them a band in their own right…’ASOG’ is it.

There’s the trademark twin-guitar harmonies (‘Ain’t The End Of The World, ‘In The Shadow Of The War Machine’), well-crafted political lyricism (the latter, ‘Another State Of Grace’), slowed-down polemics (‘Why Do You Love Your Guns’, also falling under ‘well-crafted political lyricism’) – point being, Black Star Riders have finally bought their respective backgrounds and influences into a musically cohesive whole.

“I think I finally figured out what’s been going on”, sings Warwick on closer ‘Poisoned Heart’ – taking the line totally out of context, I fully agree with him. ‘Another State Of Grace’ isn’t Thin Lizzy, or Ricky Warwick, or The Almighty – it’s a fantastic Black Star Riders album. 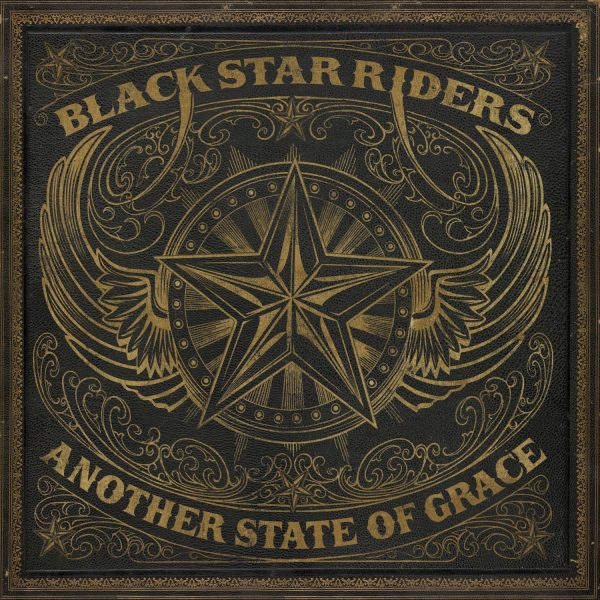