Once more into the darkness we delve. First we’re off to Brazil for the fifth album from Patria, Individualism; then we make our way to USA for the re-release of the first album from Velnias, Sovereign Nocturnal; then it’s off to Europe for the second album from France’s Aurvandil, Thrones, and the third album from Sweden’s Vanhelga, Längtan.

Such merriment, such fun, read them all or click on the band names above to go straight to the review.

Brazilian duo Patria have been following in the footsteps of their Norwegian idols since 2008 and have wasted little time in producing material. With four albums, a couple EPs, and a split with Italy’s Xeper to their name, Patria are, if anything, driven. And it’s that drive that is palpable in every bloodletting lyric, every caustic riff, and every demonic beat. As it should be, of course. Though their sound may not be as distinct as they perhaps want, Patria are no mere imitators of the raw and primitive black metal of the early 90s. Indeed, they embody that spirit.

In terms of musicianship, vocalist Triumpshword’s style works well with the music, sometimes following the riff, sometimes cutting across it, and at all times working with the music with an ear and (metaphorical) eye for the whole. Multi-instrumentalist Mantus is an adept in the dark arts, his riffs as voluminous as they are seething hatred, his melodies twisted and torturous, his drum work driving and always interesting, and his writing accomplished. And as accomplished as the duo’s obvious chemistry is, the limits that they choose to work within hinder the album here and there. But even though there are moments when the 90s worship wears thin and déjà vu rears its head, it can’t be denied that Patria have produced a solid black metal album, one that suggests that if you’re unfamiliar with the band, it might be worth checking out their earlier works too.

First released in 2008, Velnias’ debut album, Sovereign Nocturnal, is seeing a deluxe reissue as a gatefold CD, gatefold LP and digital download through German label Eisenwald, and it’s easy to hear why. Blending black with doom and folk, the three epic tracks here – each between twelve and fifteen minutes – are compelling listening and so to say that the structures are balanced well with the adroit instrumentation and the enthralling atmospherics would be an understatement.

With the sounds of windy woods opening ‘Into Arms Of Oak’ we are drawn into nature’s depths, the extended chord that crashes in a portent of the doom aesthetic that underpins the band’s work. Majestic and magnificent, the track builds into something that is at once melancholic and meditative, even cathartic in its measured torment and grandeur as it abandons us with a brief and gentle acoustic coda that prompts the tender tones that open ‘Risen Of The Moor’. Slowly building in the familiarly arduous manner of post-rock/metal, the band’s dynamic command comes to the fore, the track moving seamlessly between the colossal and aggressive and the subtle and complex. And so the title track, in embracing the skills demonstrated in the first two tracks, further compounds the album’s depth and breadth.

That the three tracks tend to plot a similar (and fairly predictable) path through the subtle, the subdued, the vast, and the voluminous, Velnias can be forgiven because what they do with these well-worn structures is outstanding. Unlike so many other albums of this ilk, Sovereign Nocturnal simply cannot be dismissed as another among the many. This is one that demands attention, deservedly so, because once you succumb to its splendour, you won’t want to leave. 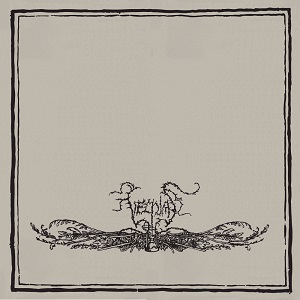 Making music since 2006, French one-man band Aurvandil (also the name of the sole member) have released numerous demos and splits, their first album, Yearning, appearing in 2011. 2014 and Aurvandil’s arduous journey through sorrow and suffering continues with album number two, the majestically entitled Thrones. One hour long, its four tracks range between thirteen and twenty minutes long, each of them plotting arduous arcs through cold and barren landscapes that are as intricate and intense as they are challenging.

‘For Whom Burnest Thou’ opens simply, the vocal chorus that accompanies the acoustic guitar setting a sombre tone for the icy ire that dominates most of the track. With this track plotting an intriguing path that brings together torturous melodies and angst-ridden riffs with all the weighted emptiness that staring into the void brings, ‘The Harvest Of Betrayal’ maintains the intensity level with an unremitting black metal onslaught that is sustained for the track’s burning thirteen minutes. The epic ‘Summon The Storms’ pushes further through the miasma with as much determination as musical skill, the route one of unending sorrow and strength that only the most resilient devotee could endure. With acoustic guitar leading closing track ‘Ingen Lindring’, Aurvandil draws deeply on folk for its melody as well as its gravity, the track’s slow evolution opening up the expanses of this desolate world leading us to that one, final solution.

Adept musicianship and intricately balanced song-writing, there may be times when the album becomes a challenge to listen to because of each track’s and the album’s length, but it is a challenge worth facing. Ambitious and, in many respects, accomplished, Thrones is fierce, penetrating, and powerful, its hellish fire and its cold desolation making for a journey worth taking. 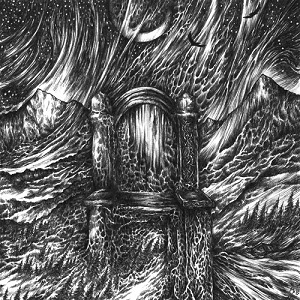 Vanhelga’s 2012 album, Höst (reviewed here), was a miserable affair that was beautifully bleak and barren, bearing as much in the way of melancholy as it did decadence. An enthralling piece of work, while it was dramatic, atmospheric and in some ways inebriating, there were times when it was predictable, the tracks all too often following that predictable pathway from the subtle beginning to the cacophonous and chaotic mass of heaving distortion. 2014 and Vanhelga have returned and have brought with them their third album, Längtan (“longing”), an album that marks a significant and interesting development for the band.

Where Höst leant more on the harsh and distorted for its aesthetic qualities, Längtan incorporates more acoustic instrumentation to give it an almost optimistic feel. Not only are there extended acoustic guitar passages across the songs, but the acoustic guitar doubles the distorted guitar riffs to augment them with an earthy feel, a sense of fragility that lends the album a more holistic feel. While the manic vocal erratically spews its madness over the vast soundscapes that continually expand and deepen, this sense of unity is far from some shallow, fleshless rendition that is drearily unexciting, blindly optimistic, or insubstantial. Instead, the album embraces the darkness away from which the herd so easily turn and incorporates it into its majestic whole.

In terms of production however, with the acoustic guitar given dominance in the mix and the (I assume, programmed) drums sounding flat and lifeless, the album feels imbalanced and so hinders the impact that it may have achieved. But this flaw is outweighed by the ambition, the conviction, and the execution of what is otherwise an outstanding piece of work. 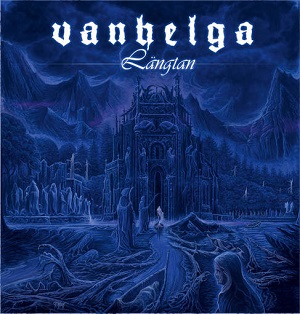