Reviewed by Brian McGowan and released by Spinefarm Records May 2018.

An album title not to be taken literally, more an aspiration on the part of Zakk Wylde.

It’s easy to assume that Wylde will serve up another heavy metal feast of monster riffs, slick backed solos and lyrical provocation. He’s been doing that since 1994.

The armour plated ‘Trampled Down Below’ is one. His Dalek drone nods to Ozzy. ‘The Betrayal’ is another. His axe solo blazes like the airburst of an atomic explosion. And arguably, ‘Seasons Of Falter’ too is among the album’s elite tracks – the clang and thump and fuzz of Wylde’s precision engineered riffs echo behind his crushing vocals, insufficient preparation for a spiralling solo that quickly accelerates into the red zone.

But after that, it’s patchy.

‘All That Once Shined’s hypnotic groove perhaps matches up, and also the heavy duty tunefulness of ‘A Love Unreal’. And amazingly, ‘The Only Words’ references the same R&B roots as Procol Harum and Neil Young, making it album standout if only because it is so different to the surrounding material.

But elsewhere, a sense of sameness creeps in, maybe we’re just hearing too much of a good thing. 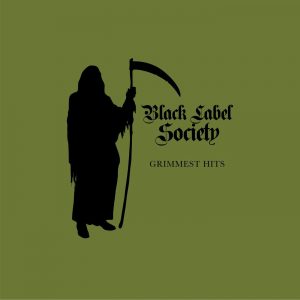