The Black Vatican is the studio in Los Angeles where the album was recorded. You already knew that, right? OK, you didn’t and you were hoping that this release was some kind of subverted heavy metal trudge through a satanic underworld. The home of the antichrist perhaps?

But then, the truth is always much more prosaic, and maybe just a tad disappointing. Then again, maybe not. The deliberate irony is that Wylde’s Christian belief system fuels the lyrics here, and for many metal fans that opens up a whole new world.

An ungracious person might compare Catacombs Of The Black Vatican to pantomime, where convention abounds and everybody knows the plot – Wylde jokes that his songs never change, only the titles do – but if it ain’t broke etc etc. And so, like previous albums, Catacombs… is filled with unremittingly stark soundscapes, pierced by supercharged lyrics that mix pithy social commentary (‘Heart Of Darkness’ / ‘Damn The Flood’) with more personal stuff, each carrying a candid weight of emotion (‘My Dying Time’ / ‘Scars’).

‘Fields Of Unforgiveness’ sets the album in motion. Wylde’s high toned vocals wail over a relentless, torqued up riff, together conveying a strong sense of menace and unease, and ‘Believe’ – a grubby, gilded hybrid of hard rock and heavy metal – maintains the momentum. Wylde’s bloodletting lyrics burn with intensity, spilling out all over the song.

And then… and then, the sweetened strings of the slow rolling ‘Angel Of Mercy’ seems to lift the album out of the aeonian gloom, only to find that the warmth in Wylde’s voice is masking the angst in his sentiments. All panto should be like this.

Clearly, Wylde’s beliefs and passion are on a scale that has its own distinction – when the album’s finished you’ll examine your body for cuts and bruises – but there’s no veneer of righteousness or sneering, sanctimonious patronising. Just an intuitive way with a heartfelt lyric and a pounding riff. Works for me. 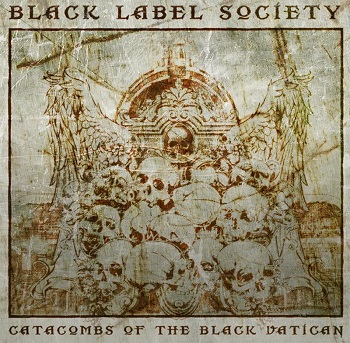