‘Run For Cover’ is the colossal new single from Black Honey, unleashed on the world today.

August saw the hotly anticipated and much needed return of Black Honey. Having spent the most part of 2020 locked-down with the rest of the world, the wheels of their industrious and magnificent musical machine were set back in motion with the announcement of their brand new single ‘Beaches’ , simultaneously kick-starting the next phase for one of the UK’s most essential four-pieces.

Now the Izzy B. Phillips fronted band share the next instalment of this new phase – new single ‘Run For Cover’ which premiered last night on Radio 1. Written with close friend Mike Kerr (Royal Blood) following their tour together, ‘Run For Cover’ is a swaggering, bass-heavy punch straight to the guts – delivered with Black Honey’s signature style and effortless charisma.

On writing ‘Run For Cover’, Izzy says – “’Run For Cover’ is about the nuances in sex. It’s fun but on a bit of a knife edge of risk and weird. Sex can be clumsy, emotional and complex. There’s so much baggage that it comes with. We wrote the song from a man’s perspective. It felt empowering to flip it to the female gaze. I think I’m exploring both power and my weakness in equal measure. We wanted it to sound manic – like Hives meets John Travolta, hips swinging. I love this song. I hope it makes women find themselves and dump their boyfriends.”

As Black Honey gradually wind up the release of their new album, their captivating and unique story continues to grow. Having hardly stopped for breath since they formed in 2014, the new music they are sharing carries the weight and wisdom of a band who are doing things on their own terms, inspired by their fanatical fan base and the incredible success they have enjoyed so far (a Top 40 Album, sold out headline tours, shows in Asia, tours with Royal Blood, Glastonbury performances to name just a few highlights).  This week Black Honey even managed to play their first ever gig ‘socially distanced’ gig in Walthamstow – a chance to test-drive some of the new music for next year when they eagerly anticipate returning to the road and all that has inspired this magnificent new music. 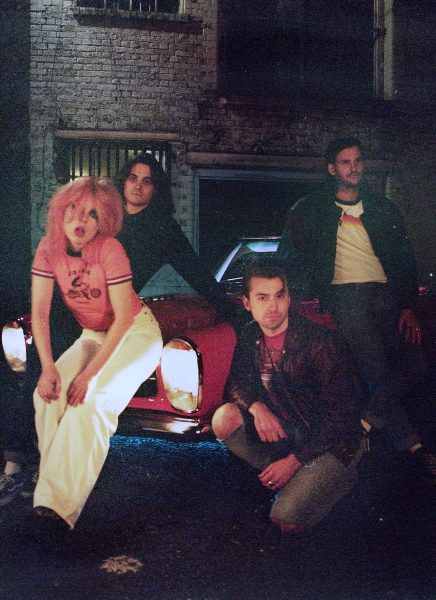