A Black Francis album revolving around the theme of sex is not as raunchy as you first might think. Drawing inspiration from love and sensuality Nonstoperotik is a record that smoulders with voluptuousness but it also has moments of raw carnality, and it is these two sensations, often pulling in different directions, that makes this album such an intriguing listen.

Following hot on the heels of the creative Bluefinger album and the critically acclaimed Svn Fngrs EP Black Francis’ 2010 full-length Nonstoperotik was a record that polarised his fanbase. Many liked the stripped back, directness of this album while an equal number resented his regression to a sound that was more akin to his first solo project, Frank Black And The Catholics. The truth lies somewhere in the middle; the peak that Francis hit with Bluefinger couldn’t be topped (at least for a while) so he took a left turn with this effort which takes a more “conventional” rock route. With tribal drumming and scything guitar things get off to a raucous start as Black & Co set about creating a wall of sound that’d make Phil Spector green with envy. ‘Lake Of Sin’ reaches deep into Francis’ past to deliver a Pixies-style jaunt that sets the tone for the rest of Nonstoperotik.

Prior to this recording Black Francis had renewed his acquaintance with long term collaborator Eric Drew Feldman and in tandem the pair have given this record a wide, expansive production that’s more in tune with a country and western album than an alt-rock release. Nevertheless, it suits the albums aesthetic well and ‘Rabbits’ in particular sounds ethereal and other-worldly with its nocturnal, late night jazz bar vibe and, like much of this long player, is more sensual that erotic. However, when listening to Black Francis it’s always a kaleidoscopic experience and the following ‘Wheels’ is a slow builder that gradually picks up speed and juxtaposes acoustic sections with raucous rock n’ roll.

Apparently much of Nonstoperotik was written by Francis whilst he was being chauffeured in the back of a Cadillac and that experience has informed many songs on this album, insofar as they have a kind of perpetual motion. ‘Dead Man’s Curve’ has a driving backbeat that takes the momentum of ‘Wheels’ and runs with it while the fuzzed up ‘Corrina’ could have come from the pen of Chuck Berry (if he’d been imbibing mescaline). The biblical obsessions that have categorised Francis’ career come to the fore on ‘Wild Son’ than connects religion with sex and has a decidedly TexMex feel. Reminding me of Daydream Nation-era Sonic Youth final track ‘Cinema Star’ builds towards a grandiose conclusion, which is surely the only way to end a Black Francis record. 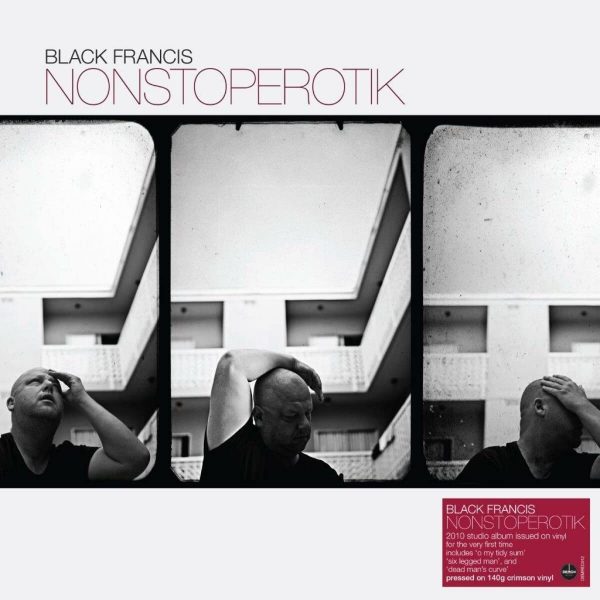