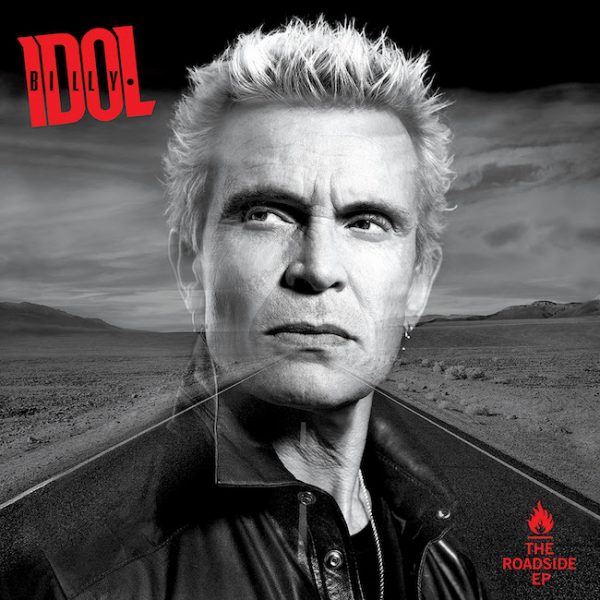 LISTEN TO ‘THE ROADSIDE EP’ HERE

The lead single ‘Bitter Taste’ has been well-received at radio in the US, moving quickly into the Top 20 at Triple A. The track features some of Idol’s most introspective and confessional lyrics ever, as he confronts death, rebirth and his personal growth in the 31 years since his near-fatal 1990 motorcycle accident. Watch/share the accompanying video directed by Steven Sebring (Patti Smith, Jack White):

To celebrate the forthcoming release, Idol is planning a run of 2021 tour dates. The shows include headline performances at New York’s Capitol Theatre and Las Vegas’ Cosmopolitan, as well as an appearance this weekend at Sea.Hear.Now Festival in Asbury Park, NJ. See below for the full tour schedule.

For forty-five years, Billy Idol has been one of the faces and voices of rock’n’roll, with an artistic resume to match the brilliant light of the image. First as the camera-ready frontman for Generation X, between 1977 and 1981 Idol emerged with three albums that made positivity, emotional depth, and high pop synonymous with punk rock. In 1982, Idol embarked on a remarkable transatlantic/trans-genre solo career that integrated clubland throb, wide-screen depth and drama, rockabilly desperation, the bold and simple lines of punk, and rock’n’roll decadence.

The Roadside is Idol’s first release on the newly relaunched Dark Horse Records, a label initially created in 1974 by George Harrison and now led by Dhani Harrison and David Zonshine. Other artists currently on Dark Horse include George Harrison himself, Joe Strummer and Ravi Shankar. “I couldn’t be more excited to welcome Billy Idol to the Dark Horse Records family. Billy is a legend, and his music couldn’t fit the Dark Horse persona any better. I’ve loved his music throughout my whole life, so to be able to give this new music a home on our historic label is a massive honour,” says Dhani Harrison.

1. Rita Hayworth
2. Bitter Taste
3. U Don’t Have To Kiss Me Like That
4. Baby Put Your Clothes Back On