‘Desert High’ is one of the more idiosyncratic and evocative tracks from Hardware, Billy F Gibbons’ third solo album, out June 4 from Concord.  The song, available now, takes the form of a narrative tone poem with mysterious instrumental accompaniment. It clearly derives inspiration from the high desert location of Escape Studios where the Hardware recording sessions happened last summer.

The album was recorded by Gibbons along with drummer Matt Sorum and guitarist Austin Hanks.  Both Sorum and Hanks, it should be mentioned, are based in the California desert these days with Gibbons front and centre.

The song, which is recited by Gibbons with his gruff, yet lyrical, delivery cites desert imagery that is specific to the area around Joshua Tree, California.  The companion video finds BFG cruising a dusty desert landscape in a clapped out ’65 Dodge and was directed by Harry Reese and produced by Matt Sorum who also brought ‘West Coast Junkie,’ the album’s previously released track, to the screen. 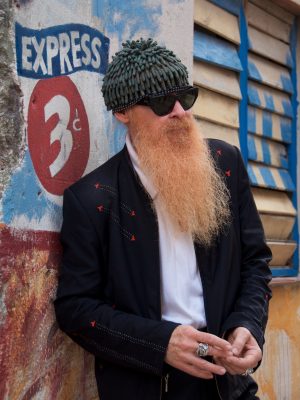 Apart from scorpions, cacti, snakes and eagles, the song makes reference to three illustrious musical souls, two of whom are long departed and the other still very much with us.  In the song, Billy says/sings: “The desert toad takes me for a ride/ The Lizard King’s always by my side”

The Lizard King is, of course the alter ego of the late Jim Morrison of the Doors. It should be noted the venom of Bufo Alvarius, species of desert toad is a powerful natural psychedelic.

The Moving Sidewalks, Billy’s pre-ZZ Top band, shared concert bills with the Doors in the late ‘60s as they did with the Jimi Hendrix Experience and The Jeff Beck Group (with vocalist Rod Stewart).

Later, in “Desert High,” Billy recites: “The Joshua Tree, Gram died in room eight and left it all to Keith, Just a couple of miles from the salt and sea.”

‘Gram cited in the song is Gram Parsons, one-time member of the Byrds, Flying Burrito Brothers and Rolling Stones (“Wild Horses”) collaborator. ‘Keith’ is, of course, Keith Richards of the Rolling Stones.  Parsons did, in fact, die in Room 8 of the Joshua Tree Inn on September 19, 1973. He, of course, survives and took it upon himself to induct Billy along with the rest of ZZ Top into the Rock and Roll Hall of Fame back in 2004.

Richards’ friendship with Gibbons dates back many decades to the notorious string of concerts in Hawaii in the early ‘70s when ZZ Top shared the bill with the Stones.  When ZZ Top showed up in Honolulu in their western regalia, Stones’ management thought they had mistakenly booked a country band, but their concerns were immediately assuaged when the ZZ Top took the stage and rocked out.  “Salt” and “sea” is an oblique reference to the Salton Sea, a man-made inland body of brackish water that lies just 45 miles south of Joshua Tree.

Billy commented on the release of ‘Desert High,’ “The song is, perhaps, not typical of Hardware as a totality but it gives indication of the album’s desiccated sonic sensibility.  The desert is a truly mysterious place, and we were privileged to have spent all that time there absorbing the heat, the vibe and cranking it out.  It’s where natural background is at its most raw and untamed.  We suspect what we’ve done is something of a reflection or, perhaps, a mirage, that relates.” 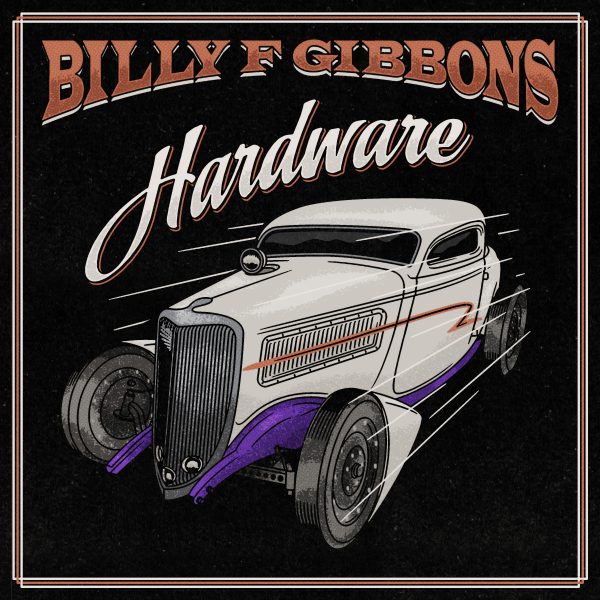