If any band was born out of time then it was surely Big Big Train. Coming to prominence in the 1990’s when progressive rock was flying under the cultural radar, Big Big Train still managed to release some of the era’s best music and forge a career that’s been polarised between triumph and tragedy. Between The Lines: The Story Of A Rock Band gets under the skin of one of Britain’s most beloved prog bands and, underpinned by Grant Moon’s meticulous research, makes for the ultimate Big Big Train document.

The story of Big Big Train’s formation is not entirely new; music obsessives drawn together by a shared love is one of the industry’s overarching themes, but it’s often a convoluted tale, and it is to Grant Moon’s credit that he unpicks the tangled web and presents it in a cohesive fashion. It’s a skill he displays throughout the book as band members come and go, make guest appearances and then melt away to follow other paths, Grant tells the story in a crystal clear, linear fashion which renders Between The Lines a very readable account and it’ll have you quickly turning pages, much like a pulp thriller.

Before they adopted the moniker Big Big Train the band members had been on quite a journey with roots reaching back to 1981. So, by the time the group came together almost a decade later they were already hardened by the usual chicanery of long drives in battered vans and the obligatory second stage appearances at poorly organised (and poorly attended) festivals. When Big Big Train came together there was a strong focus and drive and, having already paid their dues, they had a strong focus on their destination, and a desire to get there in double quick time.

What I like most about Between The Lines is the placing of Big Big Train’s story in a historical context. The band’s 1997 album English Boy Wonders is discussed alongside other releases from that year (IQ’s Subterranea and Radiohead’s OK Computer) which gives the reader a sense of the prevailing zeitgeist. Ever since its mauling by punk rock in the late 1970’s prog has been seen as something terminally uncool so it’s nice that Between The Lines places a strong emphasis on the music and highlights what great sounds the scene birthed.

From highs such as playing the Astoria and then headlining the Cadogan Hall to the low of losing lead vocalist David Longdon in November 2021, Between The Lines is a very readable account of the life of a hard working band. It’s also part social history, capturing those magical pre-internet days, but most importantly, it’s a fitting tribute to David Longdon. 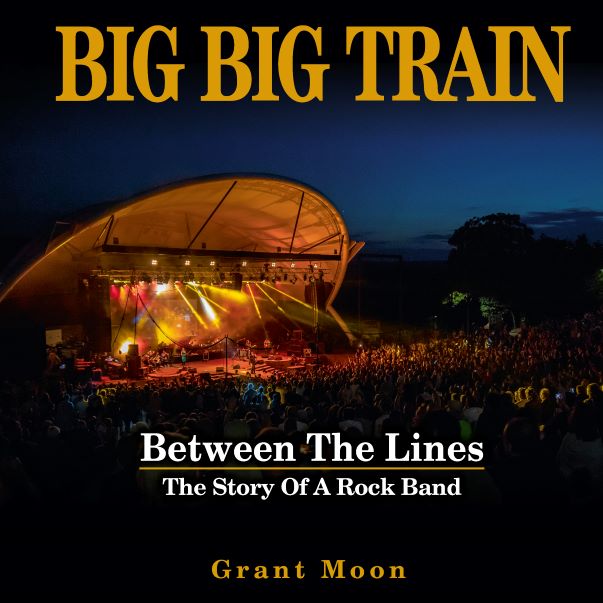