Such is the rapport that Being As An Ocean share with their ever-growing fan-base that 2014’s How We Both Wondrously Perish could very well have been left to sit with the masses and continued to be toured vigorously around the globe for at least another year, capitalising on the unescapable hype that has been behind the band for quite some time now. Instead, the five piece from California are back with a self-titled record, their third full length release since their formation 4 years ago, which in all honesty is an achievement in itself. For a band to have the ability and ambition to write new music so often is a rare commodity in today’s very tour-heavy metal scene.

In terms of the new record, songs such as ‘Saint Peter’ and ‘Forgetting Is Forgiving The I’ is where the band sound better, as a unit then they ever have. Both carry a big chorus and clean vocalist/rhythm guitarist Michael McGough produces his best performance yet, chiming in to add a calming effect almost effortlessly amidst the brutal force being carried out by his supporting cast. For the rest of the record in general it’s very much as you were for Being As An Ocean, in the sense that frontman Joel Quartuccio is the star of the show, which is more of a compliment to Quartuccio than it is a criticism of the band. Quartuccio’s performance on this record of pure emotion, passion and aggression has catapulted him to a level where he is without doubt on par with well respected frontmen in the hardcore scene such as Parkway Drive’s Winston McCall and Architects’ Sam Carter.

‘Sins Of The Father’ sees the vocalists performance go from scathing to thought provoking with lyrics like “The young man found comfort in the stars, taking his mind off homicide” which while is brash fits in with the songs pacey sound which pushes the boundaries between anthemic and hardcore. While ‘Sleeping Sicarii’ and ‘Little Ritchie’ are sonically, two of the best songs that band have written since ‘The Hardest part Is Forgetting Those You Swore You’d Never Forget’ and ‘This Loneliness Won’t Be The Death Of Me’ from 2012’s Dear G-D and are a bone crunching mosh pit waiting to happen, fans of Being As An Ocean at their most aggressive will feel more than content here.

‘Ain’t Nobody Perfect’ and ‘The Zealot’s Blindfold’ do feel slightly lacking a real cutting edge however, while Quartuccio carries enough weight to cause interest in the verses, the choruses do feel slightly lacklustre and mismanaged, leaving the results seeming more suited to being a B side than anything else. Nevertheless, with their self-titled record, Being As An Ocean have put themselves in a position where they can continue to grow from strength to strength and build on something which is already pretty special. In general, the record itself is proof that more of the same is definitely not a bad thing. 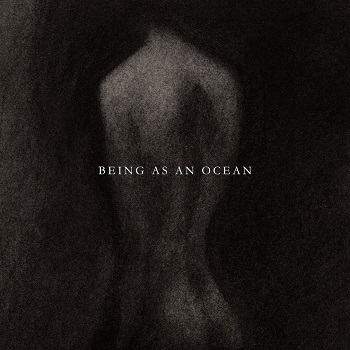