When Poland’s black metal masters BEHEMOTH unleashed their livestream upon the world in 2020, they raised the bar to a new level, with one of the most ambitious, incendious, and blasphemic broadcasted shows throughout the pandemic. Never before had anyone tried to bring such a cinematic happening into one massive show that took place in an abandoned church in rural Poland, right during the darkest times of the pandemic lockdown.

A year since the show’s premiere, In Absentia Dei is still as epic as it was in September 2020 and returns in a range of deluxe formats for fans to relive the heretic chef d’oeuvre that took place on that fateful night.

In addition, the band has unveiled another clip from the show, ‘Slaves Shall Serve’ which you can enjoy right here.

“In Absentia Dei – one of two pandemic endeavors that we managed to accomplish,” the band’s Nergal states. “We set the bar so high and you were right there with us, legions. You can now recreate the magic of that night whilst we wait to reunite in person! Get your copy and join us, the lord shall not be present…” 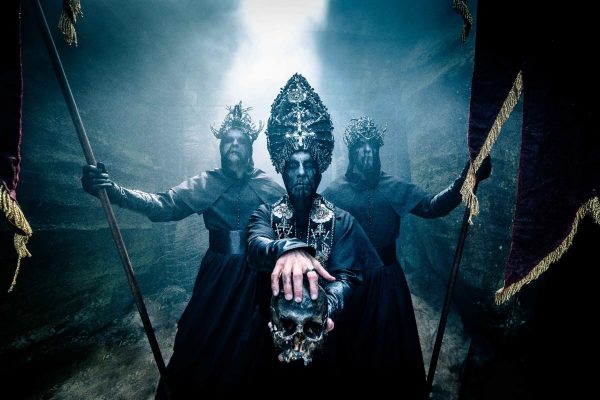 The show was said to set a new standard for streaming events in the future and this was something Behemoth set out to achieve from the start. Produced by Grupa 13, In Absentia Dei was presented as a show of four parts, woven with high-production theatrics and even hellish flames emanating from all parts of the sacred building.

Behemoth released their latest full-length, I Loved You At Your Darkest, in 2018 to vast critical acclaim. The album marked a milestone in the history of the band, being not only their most successful album, but also an audiovisual masterpiece. From its detailed, blasphemous artwork, to the highly vicious, yet deeply emotional tracks, Behemoth once again played with fire and ignited a wildfire burning the narrow-minded bigotry of Christianity down to the ground.