When Be Bop Deluxe first emerged in the 70s, they were one of those bands that were hard to categorise. They incorporated elements of hard rock and progressive rock, they had glam rock elements, and were led by Bill Nelson, who could have been a traditional guitar hero, but who was always looking forward, never content to stay in one place. Cherry Red/Esoteric have been celebrating their career with a series of thoughtfully put together, expanded rereleases of their studio albums, but for their live album, Live! In The Air Age, they’ve produced a behemoth of a box set, no less than 16 discs, covering most of the UK tour. 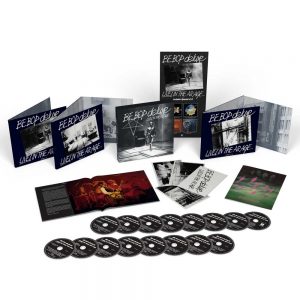 The tour itself, arranged to promote the band’s fourth album, Modern Music, was eventful in its own right as, after the early dates, Bill Nelson, his wife Jan and producer John Leckie were involved in a car accident on the way to one of the Leeds shows and had to rearrange the remaining dates around six weeks later. In the original album, there’s actually a note of thanks to the staff at Huddersfield Infirmary ‘for treating our wounds’. The band recorded some of the shows, and picked the best performances from the tour, rather than focus on a single show, and although songs from the new album were played on the tour, none of them were included on the original release. Apparently, the band then didn’t have enough material for the traditional gatefold sleeved double album, so it came out as a single album plus a bonus 7-inch EP with an extra three tracks. This new release has complete recordings of seven shows from the tour, each spread over two discs, plus the original live album on a single disc along with a three song John Peel session, and the final disc is a DVD of a German TV show, Star Rider In Concert. The box set also has a book with many previously unseen photographs and a new essay by Bill Nelson himself, plus some postcards of the original album’s artwork, inspired by the film ‘Metropolis’, and a poster. For the less committed, or with less deep pockets, there’s also a 3CD version that includes Disc 1, the original CD, plus a complete Hammersmith show.

So that’s the package, but what about the music itself? The original live album is an excellent representation of what the band were about, from the shimmering intro to ‘Life In the Air Age’, the joyous hit single ‘Ships In The Night’, with one of Nelson’s brief but inventive and very individual solos, and songs like ‘Blazing Apostles’ and ‘Maid In Heaven’, that are packed with riffs and again lit up by Nelson’s immaculate guitar playing. There are plenty of examples of the band’s willingness to work outside the usual categories, like the reggae section in ‘Piece of Mine’ and the improvisations in ‘Adventures In A Yorkshire Landscape’ and the instrumental ‘Shine’, which also has a brief excursion into funk. There’s also a personal favourite, the mighty ‘Sister Seagull’, with yet another guitar solo that’s comparatively brief, but still packs a punch.

The full show recordings add the tracks from the then new album, which in the original shows were played in a block. These include the brooding title track and ‘Terminal Street’, which became something of an anthem for the band’s fans around that time, and in fact on the original album there’s a fragment of a crowd singing the chorus at the end of ‘Blazing Apostles’. There’s no variation in the set lists for the various shows, apart from the omission of ‘Blazing Apostles’ from the first Leeds recording, as the band had put together what was then an adventurous audio-visual show with film and back projections with which the band interacted, so there wasn’t much leeway to change setlists around.

After this tour the band put out another studio album, Drastic Plastic, which was even more experimental, but it wasn’t a success, and the band eventually fell apart, with Nelson moving onto his Red Noise project and then onto a prolific solo career. Perhaps the band were a little too quirky and adventurous to fit into a box or to gain a wider audience outside the mainstream rock one, but both the band and Bill Nelson still have a dedicated following. Whichever package you might choose to invest in, this is a valuable reminder of a great and inventive British band. 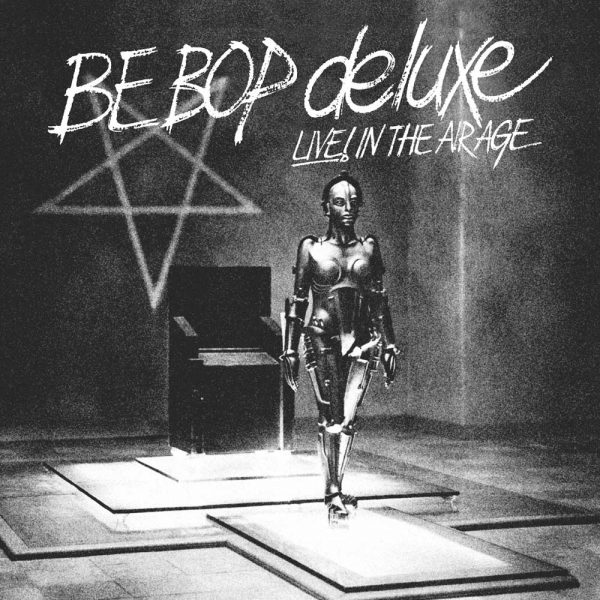