Like a wheel in perpetual motion Barrie-James is a musician in a constant state of flux. His third album Strange Desire finds him trying on a new set of smarts, this time of the alternative country variety. The result is an often deliciously dark album that tempers its dusky nature with piercing shards of light.

Opening with the album’s lead single ‘Angry Man’ it becomes immediately apparent that this isn’t going to be an ordinary journey through Americana. Like a tumbleweed blowing across a desert floor ‘Angry Man’ slowly takes on new form until it becomes a humongous song that fills your whole room. Barrie-James has the kind of voice that’s been soaked in honey and aged in a whiskey barrel, and it gives an authoritative tone to proceedings. Both melodic and melancholic ‘Angry Man’ is a highly addictive song that’ll stick around long after the final chord rings out and I’d draw a direct parallel with Harvest-era Neil Young; it really is that good. Subsequently, the jaunty swing of ‘Country 33’ took me by surprise (in a good way) and the addition of some silky vocals from Glen Campbell’s daughter Ashley provides a nice counterpoint to Barrie-James’ croak and that’s just one of many juxtapositions which makes Strange Desire such an infinitely interesting listen.

The production is a real boon and frames each song that comprises Strange Desire with a unique ambience and ‘Solid Rose’ could easily have been produced by Brian Wilson (during his LSD phase). Ethereal, other-worldly and slightly discombobulating it seems to echo, ghostlike, from a different dimension which renders ‘Solid Rose’ a haunting number and it’s an aura carried over on ‘Pretending Not To Breathe’. Galloping from speaker to speaker as if a wild horse ‘Emerald Girl’ is fleet of foot and wouldn’t seem out of place on the soundtrack of some really cool western noir while ‘Bad Girl’, cool, calm, collected, saunters into town like a gunslinger. In whatever form these songs appear Barrie-James, in a similar fashion to a method actor, really gets under the skin of these songs, becomes the characters who inhabit them which, in turn, certainly adds an air of authenticity.

Country music, perhaps more than any other genre, harks back to some mythical age but Barrie-James is putting a new, contemporary spin on the school and there’s an almost psychedelic vibe to the title track that could have drawn inspiration from latter day Beatles, or even Cheap Trick. Relocating to Los Angeles from his native Glasgow, Barrie-James has absorbed the golden sunshine from his adopted environment, yet he’s retained a whimsical streak that was born under grey, leaden skies and the admixture of sunlight and showers is very intriguing and it’s an amalgamation best exemplified by the bittersweet ‘Lady Alone’ which marries an upbeat melody to sobering lyrics. Featuring a guest spot from singer Lana Del Rey ‘Riverside’ is set against a backdrop of poignant piano chords and its very sparseness ensures that Strange Desire ends on a suitably whimsical note.

Barrie-James has, without really trying, created an album that could quite easily crossover into the mainstream and it’s sure to become the nation’s “strange desire”. 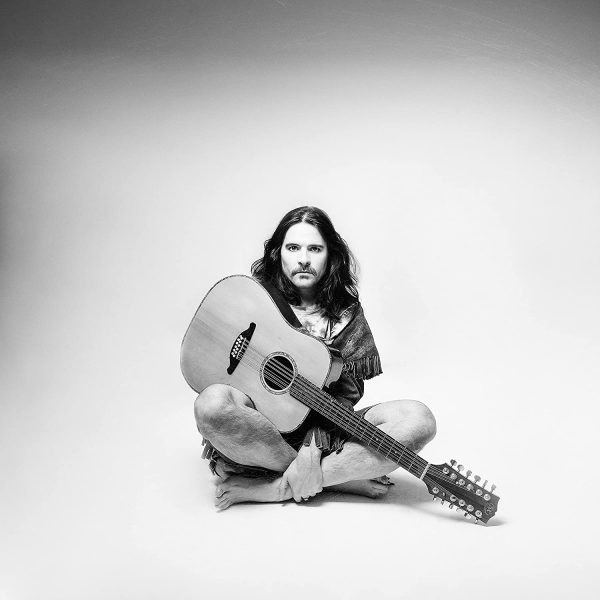