The album serves as the official introduction to new lead singer DL, whose addition to the line-up was announced by the band earlier this year.

The track is an epic rock song, showcasing DL as a dynamic vocal force, bringing to life the emotional urgency of the lyrics. The band also released the official music video for the song today, which takes viewers on a haunting journey, setting the tone for the new album and its theme of confronting one’s demons.  “Lifeline” is now available to stream or download across platforms HERE.  Watch the official music video HERE. Pre-order or pre-save Dear Monsters HERE. 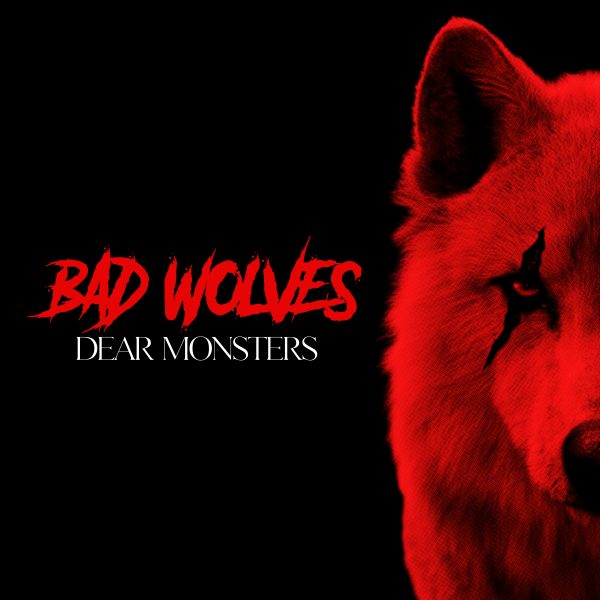 The band took to their social media channels earlier this week to address the very public exit of their former lead singer and recent accusations surrounding the line-up change. You can read the full statement below, in which they defend the band’s creative legacy and dismiss any false and inconsistent claims against the band’s integrity:

Since Tommy Vext quit Bad Wolves in January, we have all largely stayed silent.  We were prioritizing our search for a new singer, making music and focusing on the band’s future.  We have all put a tremendous amount of heart and soul into Bad Wolves, and we owed it to our fans to make a third album that is the band’s best yet.  We are happy to share that we’ve accomplished that, and we can’t wait for you to hear it.  The album is called DEAR MONSTERS, and it will be out October 29. The first single, called “Lifeline,” is coming out this Wednesday, September 8, with a new music video. It will be the first taste of the next chapter with our new singer DL, who is an incredible talent and welcomed addition to the band. We think our fans will appreciate the renewed energy and range he brings to Bad Wolves.