A gathering of strays, remastered…

Bad English were a gathering of strays who came together after two big band breakups… John Waite and Ricky Phillips from the Babys, Neal Schon and Deen Catronovo from Journey, and Jonathan Caine from both.

Expectations for this debut album were high. But the worst fears of sceptical fans were confirmed when ‘When I See You Smile’, another vacuous slice of lowest common denominator chart fodder from the pen of Diane Warren, became the album’s biggest hit single. The dead hand of corporate rock. But a change was gonna come.

Not yet though. In the rush to record and release the album (mainly due to label pressure – maybe they saw the writing on the wall), that old, dog eared copy of the AOR Formula songbook got thumbed through once again. Yes, there is a peppering of exalted exceptions throughout the album’s 13 tracks, but for every one of those, there is a vapid power ballad, like the lumbering ‘Possession’, or the calculated, calibrated ‘Ghost In Your Heart’, or the overdone chest beater, ‘Price Of Love’. People still bought these of course – like zombies going to the mall – bombarded by radio and Video channels, it had become a hard habit to break.

And then there’s the good stuff. When everything meshes, as on ‘Heaven Is A Four Letter Word’, a thumping rock song, perfect for Waite’s earnest, mannered vocals, the band’s talent, individually and collectively, shines through. Producer, Richie Zito, is not a big fan of light and shade and too often trowels on the polish, suffocating the song, but standout track, ‘Forget Me Not’, a twanging, fiercely passionate love song, knows no such limits, and for once (or twice) Waite’s vocals and lyrics break through genre conventions. The other one is ‘Tough Times Don’t Last’. Apart from the title’s philosophical observation, this catchy, effervescent song completely throws off Zito’s stultifying production blanket, largely thanks to Waite’s urgent, targeted vocals. But elsewhere, only unpretentious rock songs ‘The Restless Ones’ and ‘Don’t Walk Away’ get anywhere near escape velocity.

Still, the album was a commercial success, selling over a million in the USA. This remaster comes with two bonus tracks. A much harder, spikier version of ‘Price Of Love’ and a softer, smoother ‘Forget Me Not’.

If anything, the remaster reinforces Waite’s motivation. A strong vocal performance was needed, in part at least to overcome the mediocrity of some of the material. It adds further punch and clarity. Cain too played a major role…the band was his idea (allegedly), and there was a lot riding on the band and the album. The music they’d built their careers on was reaching its sell-by date, and probably they knew it. 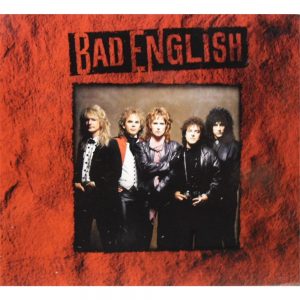