Dressed in a cardboard envelope with cover blurb and a photo of Bad Company that cuts away to a transparent section containing a DVD; inside are two double-sided art cards, each side featuring a member of the original line-up suitable for framing, and a 134-page Classic Rock magazine with minimal advertising, this is a snazzy package (see image below).

Within the magazine, how Bad Company formed, became successful, then went their different ways is outlined in the traditional manner alongside excellent and rare photographs, interviews with the surviving members and those who knew them, plus album overviews, etc. Some of it you’ll have read before, but there are aspects no one seems to agree on: The oft-told story of Boz Burrell being taught the rudiments of bass by Robert Fripp is repeated and both keyboard player Tim Hinckley and variety act Kenny Lynch refute this, intimating Burrell understood more complex musical issues than even the King Crimson guitarist back then. Actually, it’s the bass player’s story that’s the most interesting one; the least documented member, here his character is given shape and personality. As for repeating old stories, I could have done without the one about manager Peter Grant stopping them going on stage, taking them aside for what they assumed was a rollicking, then presenting them with gold albums of their debut album – not that it’s a bad story, but the fact it’s repeated in around five different articles in the magazine, then on the DVD itself.

Grant being who he was, as with Led Zeppelin, live footage of Bad Company is rare; and that’s a crying shame. Where director/producer Jon Brewer scores is with the interviews. Filming the band members separately and together it’s revealing how both the things they say and their body language alters within those differing situations. Alone Paul Rodgers is the alpha male we expect, then sat on a couch with Kirke and Ralphs he’s the quieter one gauging how to weigh the situation, as they all exude unexpected personality.  Ralphs hints at personal upheaval in recent years with music helping him refocus. Kirke admits he’s a former alcoholic and addict, but looks in fine fettle and is one of the best raconteurs going – He really needs to write an autobiography; he tells engaging stories and has grown wise beyond his wisecracks.

There’s an airbrushing of Bad Company’s continuation after Rodgers left with more attention given to the singer’s solo profile. That’s understandable but doesn’t paint the full picture. Still, what bad blood was spilt has been mopped up; there are no feuds on screen only strong egos. Most importantly, they talk about how each tried to enhance the others’ songs. And in the end, that’s what Bad Company were and still are about: the songs, and why so many millions enjoyed them, still do, and get a buzz when they ride into town and play live. 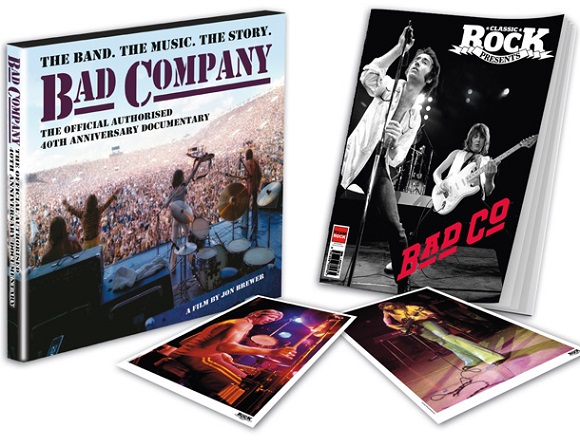