Washington D.C.’s Bad Brains have a legacy that far outstrips record sales or other material measures of “success”. Having inspired everyone from the Beastie Boys to the Napalm Death while pioneering the hardcore punk and influencing the rise of thrash metal, they’ve probably done more for extreme music than any other band. Despite releasing a string of critically-acclaimed studio albums, the live environment was the band’s natural habitat and one particularly rowdy night was captured for 1990’s The Youth Are Getting Restless album. Now remastered and reissued by the band, there’s never been a better time to rediscover this classic outing.

Originally recorded at Amsterdam’s Paradiso venue in 1987, The Youth Are Getting Restless was the Brains’ second live album (following 1988’s imaginatively-titled Live, also recorded in ‘87) but it’s undoubtedly their best. I remember picking up my copy of Restless when first released and such was the unbridled aggression pouring from my speakers that the needle had a hard time staying in the grooves. From H.R.’s throat-shredding vocals on opener ‘I’ to the groove laden (but no less vivacious) closer ‘Big Takeover’ this album contains 17 heart attack inducing songs that sweep from speaker to speaker like a tornado. However, Bad Brains (like Black Sabbath) were one of those rarefied bands who fully understood musical dynamics, but whereas Sabbath would add classical guitars to contrast their crushing riffs, Bad Brains would insert reggae to temper their musical blitzkrieg. Their bass heavy reworking of the Beatles’ ‘Day Tripper’ fused to The Rolling Stones’ ‘She’s A Rainbow’ evidences the band’s malleability, yet it’s no less intense than the faster, thrashier tracks.

In an age before rapid communication, news of Bad Brains’ incendiary live show spread through the underground like wildfire, and on the strength of this release, it’s easy to hear why. Listening to Restless you can almost see H.R., topless, ripped and dancing spasmodically while singing his vocals in an equally erratic manner. To stage left and right are bassist Darryl Jennifer and guitarist Dr. Know subtly inject their jazzrock fusion past into the maelstrom and look slightly bemused as waves of stage divers leap into the crowd. However, it’s drummer Earl Hudson who is the band’s secret weapon and his hard-hitting style deftly dictates the pace from the heavy metal crunch of ‘Re-Ignition’ to the full-throttle ‘Let Me Help’…and all in the blink of an eye. Dennis Brown’s ‘Revolution’ gets the Bad Brains treatment and its a powerful rendition that holds a rowdy crowd spellbound before their debut single ‘Pay To Cum’ proves to be the spark that lights the flame and causes all sorts of carnage.

Whether it was ill-advised career moves or internal conflicts, Bad Brains never reached the commercial heights for which their sound merited. But on stage, away from all the external pressures, they were pretty much untouchable and if you need proof just check out The Youth Are Getting Restless. 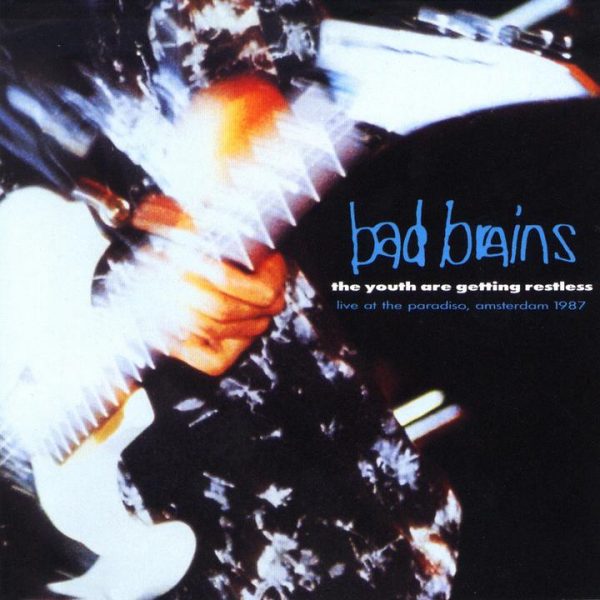