A lesson in how to do it and get it right…

Released By Rock Candy Records on 31 October 2016, and reviewed by Brian McGowan

In 1978, Bad Boy followed up their debut with Back to Back. Something of an enigma, it again employs the band’s previously scattergun approach, with varying degrees of success. ‘It’s Alright’ flirts with steely, heavily made up sleaze rock, while ‘Always Come Back’, a solid slice of hardbodied, guitar driven poprock, keeps its sweetly surprising hook – an elegantly contoured AOR chorus – out of sight till what seems like the last possible moment.

The band’s dalliance with blues rock, clearly something of an infatuation, again rears its handsome head with ‘Keep it Up’ and ‘I Just Wanna’. Both conventional seventies fare – full of vim, vigour and melodrama – buoyed by catchy choruses and wailing axework.

Clearly influenced by The Doors’ successful combination of blues and edgy hard rock earlier in the decade, closing track, ‘Take My Soul/Out Of Control’ finally sees the band’s reach exceed their grasp. Undone by a lack of focus and clear direction, the track’s ambition derails spectacularly.

As rock’n’roll afficionados know well, success depends on being in the right place at the right time . . . and being with the right label. United Artists were in the midst of a flurry of mergers, demergers and legal disputes, so their attention was anywhere but in the right place for Bad Boy. Inevitably the band dispersed, though founding member, Steve Grimm has gone on to enjoy an enduring solo career.

In the case of the debut and the follow up, it almost goes without saying now that Rock Candy’s velvet gloved remasters result in a search for fresh definitions of “superlative”, but let’s not forget the bulky new liner notes and the previously unseen pics…a lesson in how to do it and get it right. 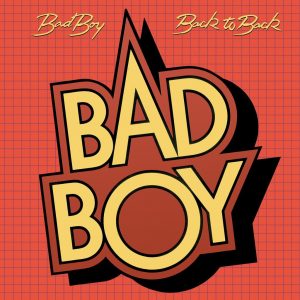