Junkstars waste no time in getting the first UK show of this tour off to a dirty, punky start – a power trio with more than a hint of the Misfits about them musically, they’re unfortunately struggling against a less-than-perfect mix from the off. The catchy if obvious chorus hooks of tunes like ‘This Means War’ and ‘First Time I Heard The Clash’ pull a good chunk of the ever-growing crowd onside and the outfit’s obvious passion for what they do is endearing. They lapse into self-indulgence on occasion (apparently running over their time slot to crowbar in ‘Go To Hell’ and an onstage ‘selfie’) but it’s a spirited opening from a band hopefully on the way up.

Another trio follows them onstage in the form of Heavy Tiger – more Runaways than Misfits before they’ve even played a note, three undeniably pretty girls in matching band-name-emblazoned catsuits hammering out 70s-influenced pop-punk. There’s plenty of pouting and hair-flicking to accompany the three-chord stompalongs (with the guitar thankfully cutting through the mix for the first time this evening) but it largely fails to disguise the fact that they’re pretty much playing Ramones songs with different lyrics. They power to the finish with a cover of Zeppelin’s ‘Communication Breakdown’ and ‘Tonight’ from their debut Saigon Kiss LP, but laid bare live their own material comes across as far more derivative than on record. Very stylish for sure, but a little more substance wouldn’t go amiss.

There’s no mistaking who the audience are here for tonight, though. The proliferation of Backyard Babies, Hellacopters and Wildhearts T-shirts adorning the torsos of a few hundred thirty-somethings harks back to sometime in the last decade when the headliners were at their zenith, with many wondering whether their five-year hiatus has sharpened or blunted their sleaze-rock switchblade.

A blast of ‘Welcome To The Jungle’ leads into a syncopated electronic loop as Nicke Borg and co walk onstage, the tempo letting the faithful in on what’s coming…and the Babies couldn’t have written a better opener for this tour than ‘Thirteen Or Nothing’. From the outset there’s no doubt that the break has left them totally reinvigorated, the massively-improved out-front sound allowing often-overlooked subtleties of their music to peek through. It’s a considered setlist showcasing a few from new album Four By Four alongside plenty of crowd-pleasers for the old guard (‘Highlights’, ‘The Clash’, ‘Make Me Madman’), and the band are clearly loving every minute of it.

By the time ‘Brand New Hate’ rolls around mid-way through the quartet are barely visible from the back of the Slade Rooms behind the throng of bouncing bodies at the barriers. There’ll be few who’ll disagree with Dregen’s assertion that “this goes down in Backyard Babies history as the best Sunday ever”. Nicke comes over all acoustic and sensitive for ‘Painkiller’ before his crew gun the engine towards the closing one-two punch of new tune Wasted Years’ into ‘Nomadic’ – the seven-year gap between the writing of the two songs is utterly unnoticeable as the Swedes swagger off stage-right.

They’re back on pretty quickly, of course – a heartfelt thank-you from the frontman heralds an acoustic-led ‘Abandon’ before they sign off with fan-favourite ‘Minus Celsius’. As worthy as the respective members’ side-projects over the past half-decade have been there’s always been a certain magic when these four musicians get together; it’s a pleasure to report that the magic is utterly undimmed. This was the kind of gig that the term ‘triumphant comeback’ was made for. 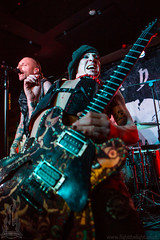 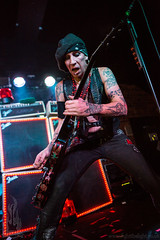 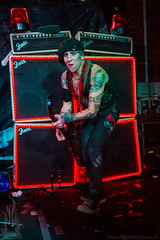 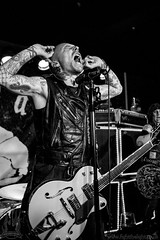 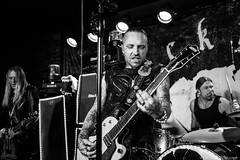 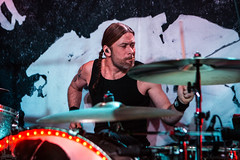 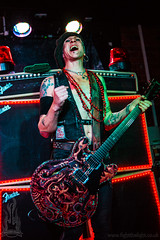 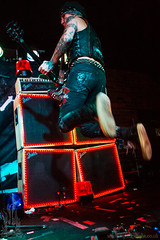 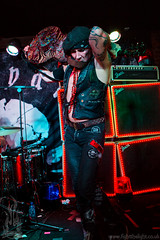 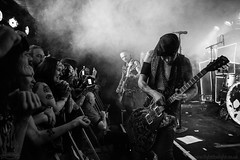 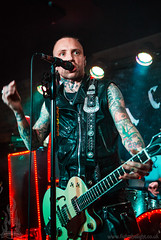 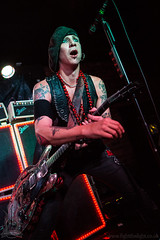 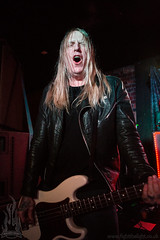 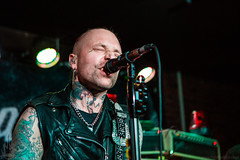 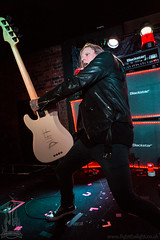 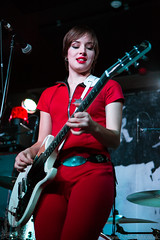 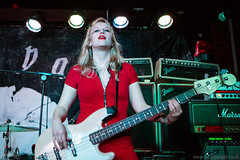 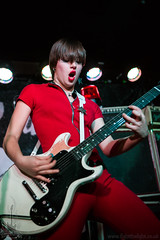 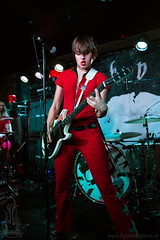 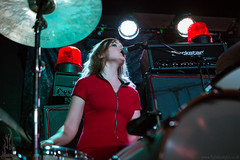 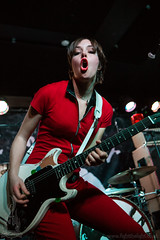 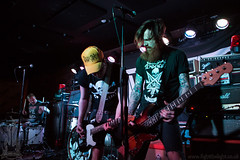 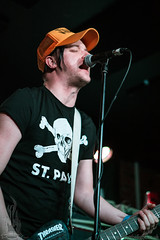 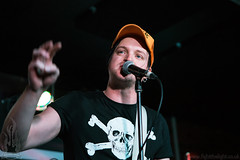 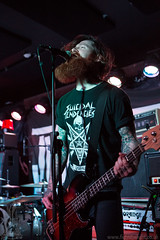 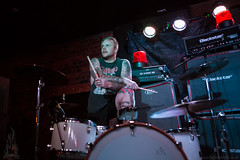