As part of their 10th anniversary celebrations Japanese kawaii metal group BABYMETAL convened at the legendary Budokan for a series 10 consecutive concerts. As anyone lucky to catch BABYMETAL live will testify their shows are highly choreographed, riotous explosions of sight and sound that can often verge on sensory overload. I’ve often wondered how that energy would transfer to the rather one-dimensional nature of audio recordings. The answer is extremely well and 10 BABYMETAL BUDOKAN is a double live album (also to be released on Blu-ray/DVD) that can stand proudly alongside such seminal releases as Live After Death and If You Want Blood…You Got It.

Utilising the unique layout of the venue BABYMETAL performed on a stage right in the heart of the Budokan (rather like Metallica in the round) and that’s exactly where this recording places them; centre stage with the crowd swirling around like an unruly tempest. But first we have ‘BABYMETAL DEATH (Shin version)’, an eight-and-a-half-minute introduction that certainly ramps up the tension to almost unbearable levels until the spell is suddenly broken by the arrival of the musical explosion that is ‘Ijime, Dame, Zettai’. While music snobs might dismiss this kawaii group as not “real” metal a cursory listen at the guitar work on offer here should dispel any such notions. Likewise, the sheer energy displayed on ‘Gimme Chocolate!!’ could blow most “authentic” metal bands off stage.

BABYMETAL are the type of band who inspire a slavish loyalty amongst their fans and there’s plenty of crowd participation on the cinematic ‘GJ!’ and you can almost see the assembled throng punching the air in unison. With its cascading piano and soaring guitars ‘No Rain, No Rainbow’ injects a nice change of pace and ensures 10 BABYMETAL BUDOKAN flows like a regular concert. It’s very much back to the rock action with both ‘Distortion’ and ‘PA PA YA!!’ threatening to raise the roof. Since 2013 BABYMETAL have been backed by their very own Kami Band (think Max Rebo from Return of the Jedi) and both Su-metal and Moametal seem to feed off the power chords that are fired with rapidity.

The very nature of live albums means that someone is going to be disappointed by the track selection (my personal bugbear is the absence of ‘Da Da Dance’) but 10 BABYMETAL BUDOKAN does a good job in covering their entire career and plays like a greatest hits collection. Clocking in at a cool 80 minutes this live set flashes past like an actual concert with ‘KARATE’ being particularly punchy and the groove laden ‘Headbangeeeeerrrrr!!!!!’ certainly gets the follicles flying. Two from 2016’s Metal Resistance close the record; an emotive ‘THE ONE’ and a high-octane rendition of ‘Road of Resistance’ which features the kind of finale previously only heard on KISS’ Alive II.

10 BABYMETAL BUDOKAN continues the band’s anniversary celebrations in style. It’s a good place to take stock, to survey the past and look forward to the next decade. 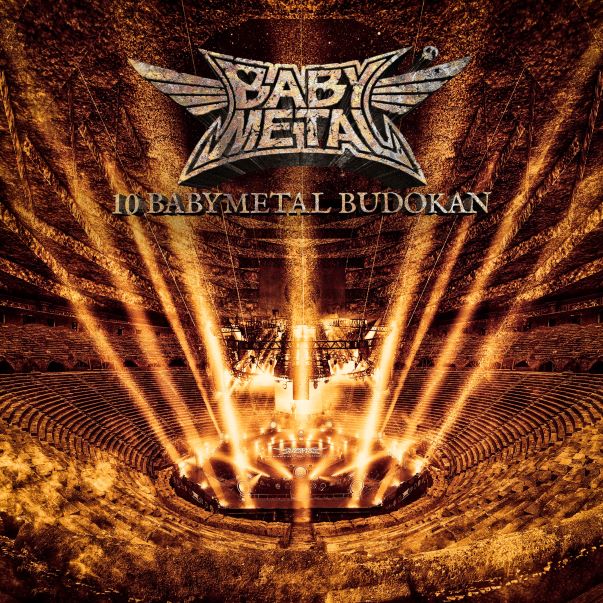