Paul Castles peers through the darkness that envelopes Azaghal’s latest album, released via Immortal Frost Productions on 24 September 2018, in an attempt to find a shard of light.

Azaghal’s new album Valo Pohjoisesta, their eleventh, has just dropped off the Immortal Frost conveyor belt with a demonic thud. Anyone familiar with the Finnish firebrands will not be surprised to hear that their latest release is another torturous traverse through some pretty darkened corridors of body and mind.

Azaghal’s approach remains an earnest one, to simply sweep you off your feet with crushing black metal surges in which power is everything with little time set aside for any intricacies.

That said, skulking instrumental intro ‘VLE’ allows you a little time to adopt the brace position before the gates are unlocked and the dogs are unleashed. Once that happens on ‘Mato Joka Sinut Turmelee’ any attempted resistance to the blasphemous brutality becomes little more than an exercise in futility as the blastbeats land like particularly vicious hailstones while the snarling bark of vocalist Niflungr applies an additional layer of misery.

Having come to the kind of whiplash inducing finish that would trigger the airbags in your car, Azaghal maintain the tempo straight into the album’s ferociously frosty title track. This one though features a real heavy beast of a chugline that razors in and out of the pounding sonic canvas with the venom of a viper’s tongue.

‘Ajaton’ kicks on again, even pacier in rhythm with the soundtrack embellished by the fleeting haunting addition of monastic choral chants. After another manic assault on the senses in the raging form of the fire-breathing demon summoning ‘Ruumistie’, Azaghal show that it’s not all about quick body blows as they venture into a couple of lengthier compositions.

The first of these is ‘Argenteum Astrum’ which stretches to six minutes although the insane pace is maintained throughout with Lima maintaining a shoulder snapping rate of delivery with the blastbeats. With Niflungr holding things tight with the bass the rifled direction comes on guitar from Narqath, the Scandi trio pulling like carthorses to ensure their cavernous blackened cacophony retains its satanic snap from start to finish.

The album’s longest number is ‘AIWASS’ and this an absolute stormer with a pounding intro guaranteed to have every fist punching the air live, Niflungr adding a few throat-clearing growls to add further gravelly gravitas. It’s seven minutes long but Azaghal manage the ebbs and flows well, maintaining suspense and melody throughout while never in danger of letting the cloak of darkness drop while the even tempo central riff is sharp enough to puncture the tyres on a heavy goods vehicle. 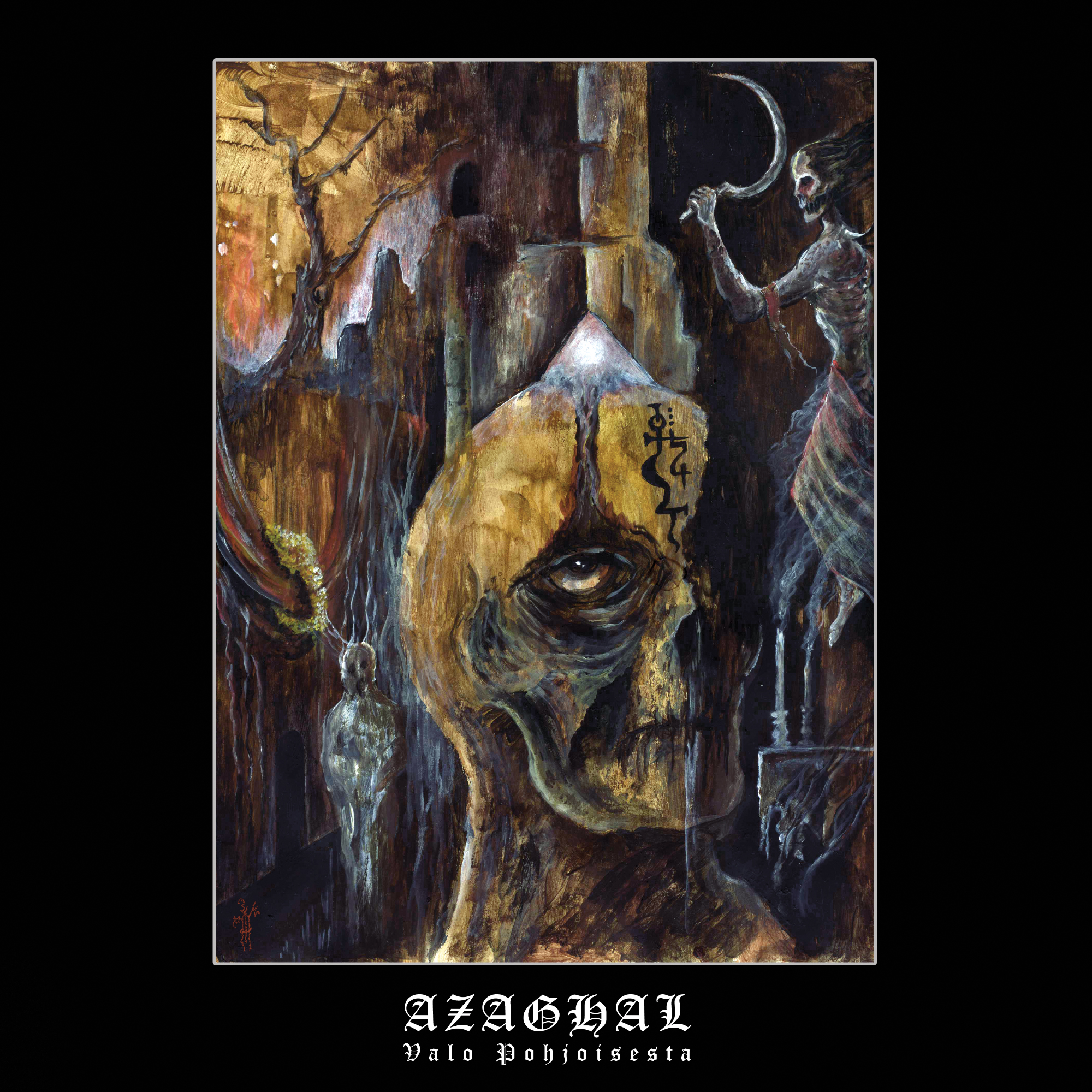 As the end comes into sight Azaghal maintain the intensity every step of the way with ‘Sielujen Yössä’ and ‘Ylistys’ as cutting and as charged as the earlier bombastic bloodletting. Final number ‘Taivaan Käärme Nielee Auringon’ has a brief Soviet style intro before the satanic juices start flowing like lava one more time. Vocally Niflungr is a demon which is exactly what you want from your black metal warriors while Azaghal’s quality reflects two decades of work within the dark shadows of the genre.

While this line-up may not been together for the duration of the band’s history it’s hard to argue that the current line-up isn’t as strong as any that has worn the badge of Azaghal before. A 20 Years of Chaos tour is starting soon although regrettably the planned UK dates may not now take place.