Rising Seattle star Ayron Jones has released the new track ‘Free’, which is taken from his forthcoming debut album CHILD OF THE STATE due May 21st via Big Machine/John Varvatos Records. Pre-order HERE.

The track is a bluesy and soulful tale of breaking free and leaving negativity behind. The wonderfully emotive and crisp guitars ooze with raw sincerity, sending Jones’ velvety vocals skywards as he sings “These shackles, they can’t hold me down / I’m gonna make it out alive because I’m free.”

CHILD OF THE STATE features ‘Free’ alongside previous tracks ‘Mercy’, the US Top 5 debut ‘Take Me Away’ and his recent single ‘Spinning Circles’, which weaves together complex issues of addiction and relationships. Co-written alongside Dave Bassett, Jones sings, “You’re the want that I need / Like that cough from good weed. And those lines that you toe / That slow drip down your throat.”

Jones has crafted a stunning visual for the powerful message with a fairly minimalist clip. He siphons off the grunge influence of his Rock-driven track and melds it with the kind of imagery that flashes, then burns into the subconscious.

In a world where ‘woke’ can often be an empty word, Jones holds accountability in a frame-by-frame journey through the raw truth. He also holds his ground, electric guitar as Excalibur, in a church where religion’s own compromises have helped create the mess he sees around him. Watch the video for ‘Mercy’ here. 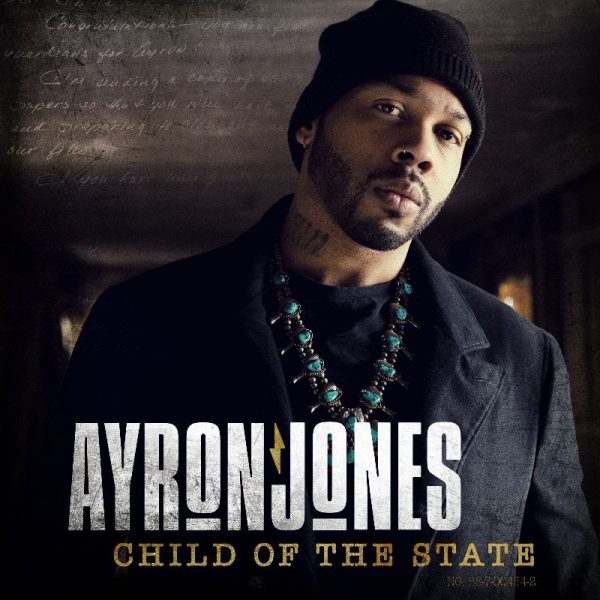