Aviator‘s self titled debut (1986) was full of good time Melodic Rock, bright and breezy, liberally peppered with punchy lyrics, busy guitars and shout-it-out-loud choruses. It rode the crest of the AOR wave, years before it began to topple earthwards. Boston, Bon Jovi, Cinderella, Van Halen and Toto were all in the USA’s Billboard Top Forty albums’ chart.

Aviator followed in the backdraft of these bands and got sucked into a slipstream from which they could not escape. They had talent, they had songs, they had producer Neil (Dokken/Autograph/Kansas) Kernon. They would’ve had to work pretty hard at failure to ensure they didn’t succeed. Yet . . . the album was a commercial failure.

Looking back, you can see the reasons why.

The songs are easy to unlock and none of them strike a false note, but Kernon coats each message / storyline with a layer of sweetness that blunts the band’s sound-of-the-street sharpness. Essential winners like ‘Back On The Street’, ‘Don’t Turn Away’ and ‘Never Let The Rock Stop’ are rendered just a bit too slick, a bit too generic. That vaguely romanticised mystique that made AOR so appealing gets lost in the determination to sound like everybody else. And there are some really great songs in there, fighting to get out. Ernie White’s expressive vocals push ‘Magic’ and ‘Can’t Stop’ almost to the point where they shake themselves free from the studio straitjacket. But like all the songs here, they never stray far from tried and trusted lyrical tropes, a self imposed restriction that limited their target audience.

Bonus tracks ‘Woman In Love’ and ‘Holding On’ dip a toe into the harder, sleazier rock’n’roll of bands like Y&T and Alice Cooper. Both have a solid, well written rock’n’roll core but seem slightly underdeveloped – a flaw given further definition by clear as a bell remastering.

New and informative liner notes here are a real bonus too, honesty rather than hagiography. 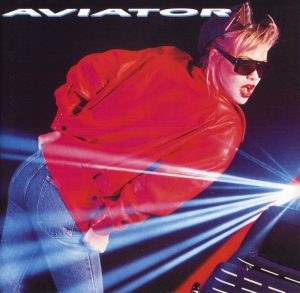