Milan-based recotd label Avantgarde Music are no strangers to us here at Midlands Rocks. Previously, we’ve had the pleasure of reviewing a number of albums from the label, including Thaw, Nahar, Progenie Terrestre Pura, and Asofy (here), all of which were more than impressive. And so here we have three more from the label. We have the debut albums from UK’s Tomorrowillbeworse and Italy’s Hornwood Fell, and after a six-year absence, Janvs have returned with a re-working of their 2004 debut demo, Nigredo.

You can read all of the reviews or click on the band names above to go straight to their reviews. In the meantime, if you want more from Avantgarde Music, you can visit their website, like ‘em on Facebook, or take a listen to more from the label on Bandcamp.

Tomorrowillbeworse – Down The Road Of Nothing

The debut full length from UK’s Tomorrowillbeworse is an intriguing work. The black metal elements that the band draw upon are utilised more for their melodic and emotional effects rather than their abrasion. Leaning toward the atmospheric, the album has a distinct ambience about it, one that the band have clearly taken the time to craft in order to create a world which the listener has little choice but to embrace. With the bass heavy in the mix, the rhythm section may be driving the album but it’s the resonant guitar lines and the harsh and tortured vocals that colour the discomfiting realm that unfolds as the album proceeds. Both harrowing and soothing, there’s a delicacy, a fragility that is all-pervasive and so while the world burns, we are somehow safe in its dark embrace. An impressive début, if tomorrow’s as bad as they say, then we can expect much from this band in the future. 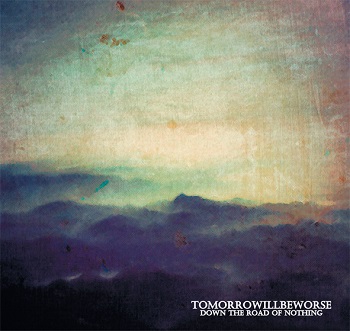 If there’s one thing Italy’s Hornwood Fell like, it’s 90s black metal. All else is pointless. With their influences carved into their sleeves, the essence of dust is cast into seven blazing tracks that never once let up. Even the acoustic coda of ‘Mutavento’ has an air of the sinister about it. Drums batter their way through the blastbeats, the guitars tear through face after face with icy trem-picked riffs, and acidic vocals spit their scathing message, all of which is shrouded in a raw production that sharpens the album’s bite tenfold. Staunchly black metal to its core, Hornwood Fell’s debut is a solid black metal release that, while far from original – most certainly by design – is brimming in all the ire that the band’s idols ever mustered. Furious to its gnawed bones, this is a constant battery, and one that you will return to time and again. Recommended. 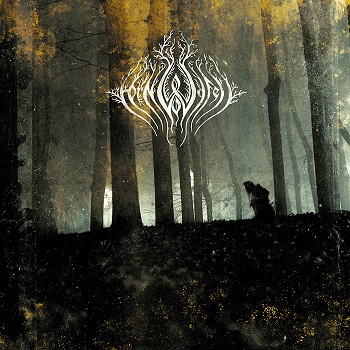 Six years is a long time between albums. And while bands usually return with an album of new material after such a long absence, Italian three-piece Janvs, for some reason, have re-recorded material from their 2004 demo, Nigredo. There can be only two reasons for this. Either they’ve ran out of ideas completely, or, and more likely, the band recognise something in that material that’s worthy of being given the production it deserves. For Janvs, fortunately for us all, the latter is the case.

With its dark gloom and overtly depressive tone, Nigredo is a bleak affair and ten years on, has stood the test of time well. Multi-layered, hypnotic, and weighted with angst, Nigredo’s depths and atmospherics are all-consuming, the bass-lines that clamber through the album’s melancholic entwines enhancing its disconsolately cold and isolating air. With its slow-moving pace comes a smooth, steady flow of melancholy and defeat bleeding the anguish that underpins its downward-spiralling aesthetic. And with an impressive cover of Enslaved’s ‘793’ – featuring Ivar Bjørnson on guitar – Nigredo makes a welcome return and brings with it a band that we should hope to hear more from. 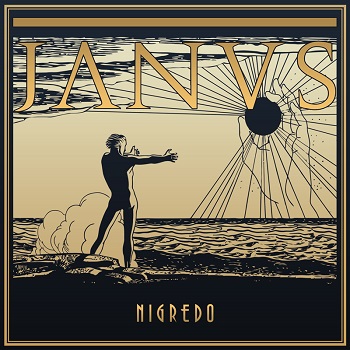