Definitely not pink and fluffy…

After a gap of four years, ATTIC are finally ready to unleash the follow up to 2013’s The Invocation, and it’s really rather good. Let’s just get past the all-too-often discussed comparisons to King Diamond. Yes, of course the influence is alive and living through their sound and Meister Cagliostro’s vocal delivery, but this band works damn hard on the sound they have and recreate it very well in a live scenario. The Swedes have taken their time to construct what is a fully-fledged concept album, and it is definitely not pink and fluffy.

This new release opens with a suitably appropriate organ piece accompanied by chanting that builds to a crescendo and provides a nice introduction to the theatrics that lies ahead. The construction throughout is really good; it’s definitely easy to see a story develop and unfold right through the tracks. Musically we get a broad spectrum, from pretty straight forward metal to an almost faster more aggressive almost speed metal and much slower passages. The drums are quite heavy throughout, with lots of flailing guitars and no shortage of solos.

For me the strongest tracks here is ‘The Hound Of Heaven’, full of metal that sounds like it came from a slightly older era, mixed low and high pitched vocals and screams, solid bass, spiralling guitars and it’s heavy and aggressive. Alongside this you have the opposite end of the spectrum with the equally interesting ‘Dark Hosanna’, a much slower and darker animal, lumbering and grinding along. And the title track ‘Sanctimonious’ is very much worth a listen, very fast and punishing.

ATTIC may not be the type of band that are going to change the world or headline large festivals, but they most certainly carve out their own niche in the metal genre and should most certainly not be overlooked. The theatrical aspect to their music throughout their studio recordings and live is a very important part of this band.

Sanctimonious is quite different to a lot of releases out there right now, even ones that fall into similar spaces, a step along a different path perhaps but forward from The Invocation, it will be very interesting to see what the band try next, few, if any, have an ability to roll out numerous concept albums successfully in their careers, time will tell. A good album, and although the vocal style will most likely split people’s opinions, if it’s for you check the whole album out. 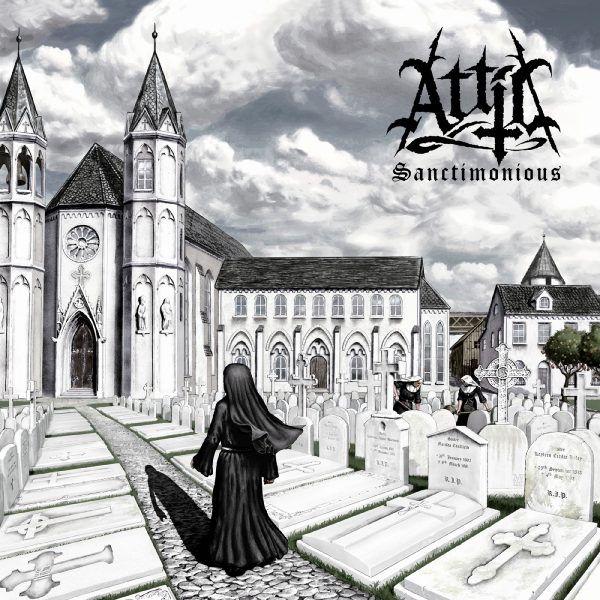