I can only apologise profusely for the lateness of this review. Ash’s retrospective selection of 25 years-worth of tracks came out earlier this month, and I’ve only just managed to cobble a review together- but with good reason. This album is fifty-three songs long. That’s three hours and 34 minutes of music. To put it into perspective, that’s half a Bruce Springsteen gig, the time it takes to listen to Come On Pilgim up to Head Carrier by the Pixies, or one Yes track. Usually I listen to an album more than once in order to review it: once straight through, and then another making notes and picking bits out that I might have previously missed. This time I managed one listen, spread over several weeks.

This isn’t an excuse so much as an introduction to a question that plagued me throughout the numerous car journeys, breaks from work and moments before sleep that I divided the album across: who wants to listen to three hours of Ash? My first answer would be “people who really like Ash”, but then I imagine they own all of this stuff anyway. My second would be “people who want to get into Ash a bit more, or who liked them back in the day and want to see what they’ve been up to since”. Then again, that’s a heavy commitment considering you could probably get all of their previous albums from a second-hand website somewhere for less than the price of this collection. Maybe it’s a third group who just bought it for the 18 rarities on the final CD, which is always a sad bit of commercialism we don’t like to see people falling into. That question really became the microcosm of what I learned about Ash during my listening time.

The question “who is this for?” cropped up a few times. My experience with them had been everything from Petrol, up through 1977 and into Nu-Clear Sounds. Their music was such a statement of intent that landed a big stamp of self-assertion onto the waxy seal of the mid-90s. These moments stand out on the album as either Ash at their scuzziest or as their most label-supported selves. The tracks from 1977 just sound like a label took the raw dirt of Petrol and threw money at it until it was chart worthy- and that’s no bad thing. It’s easy to forget how much the guitars roar compared to their twangy Britpop contemporaries. From then on, the sound wavers without much commitment- but when they do commit it stands out. Songs like “Spellbound” border on the brilliance of Neon Neon’s Stainless Style; “Annabel” and “Projects” chuck in a bit of Pixies-meets-Buzzocks for good measure; and it’s all topped off with Wheeler’s J. Mascis style widdly-widdly guitar licks. The problem arises when they waver between moments, not quite being one thing or the other. The introduction of synths largely sounds like a band trying to remain relevant during the late-noughties/early-2010s in an era populated by Franz Ferdinand and The Killers. Some of it even sounds like The Temper Trap. This means that a chunk of the 35 songs in the retrospective can leave people who aren’t dedicated Ash fans wondering what they were trying to do during that period of their career. The most confusing of all is “Twilight of the Innocents” which sounds like an attempt to be Evanescence. That is inexcusable.

However, by the end it became clear. While the world never asked for another cover of “Teenage Kicks”, this retrospective glance over 25 years of music making reminds you that at this was a band who stood out among their peers, and yet even when they weren’t headlining festivals, they were still able to produce perfectly pleasant pop music. In fact, more than that, they produced a series of stand-out moments across their career that most bands would be proud to produce as a one off single and never release anything again. Considering the span of these CDs covers a period longer than the time they’d been alive when they’d released their first album, that’s not bad going. And they still managed to get their A-levels! In the end, it didn’t matter who the album was for. It is a document of a hard-earned slot in musical history containing some incredibly high highs, not too many low lows, and some completely inoffensive stuff in the middle. Thank you, Ash. 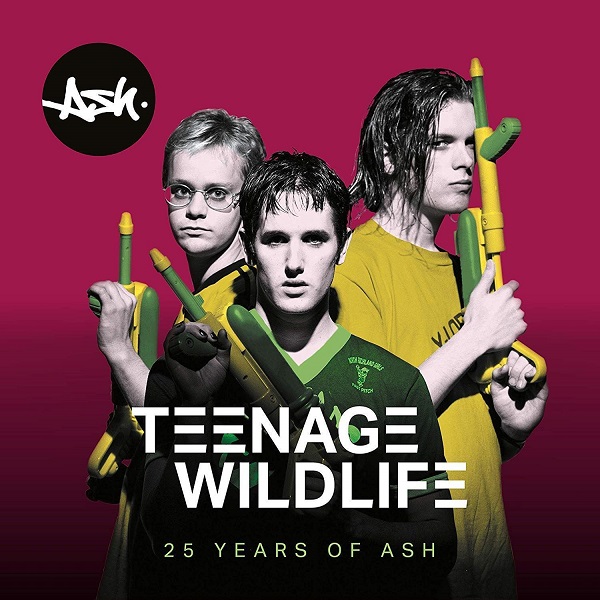