The Netherlands is perhaps not your first thought when looking for quality black metal. However, scratch the surface and you’ll find a thriving scene spearheaded by female band Asagraum. Maybe because it’s something of a cultural anomaly the Dutch scene is often overlooked which gives bands a degree of anonymity meaning originality can flourish untempered by prevailing fads and trends.

Taking the ferocity of the Norwegian first wave and melding it to psychedelic black metal finds this duo’s second full length Dawn of Infinite Fire approaching the genre from a unique angle. ‘They Crawl From the Broken Circle’ opens the album with a brief ten second ambient introduction, the calm before the storm, as a furious blast beat breaks the still like a thunderclap in a Scandinavian sky. A swirling maelstrom of a sound undulates between impossibly fast machine gun fire riffs and more evocative passages both of which act as a foil, highlighting each other. The vocals are raw and throaty very much in the vein of the bands beloved Bathory and pursue the guitar lines as they ebb and flow. As a statement of intent opening salvo ‘They Crawl…’ is the perfect calling card and contains many themes, both musical and lyrical, that echo throughout the album.

The space between tracks is kept to a minimum which is a wise decision as it adds to the level of intensity. Second cut ‘The Lightless Inferno’ picks up where the first left off but Asagraum are not all barbarous bludgeon as evidenced by a nice breakdown 90 seconds in which, with descending chords, gives a feeling of circling Dante’sInfernoand this sentience of declension is a motif that recurs sporadically on Dawn of Infinite Fire. ‘Abomination’s Alter’ follows and it’s a Teutonic thrashy affair bringing to mind Kreator at their most frenzied and it’s delivered at a neck snapping pace. With a Classicist sound Asagraum’s sophomore effort is undeniably old school as tracks like ‘Guahaihoque’ freeze with a glacial brittleness yet the production gives a multilayered warmth. This is perhaps best illustrated by the album’s artwork. Dispensing with the usual black and white fayre Dawn of Infinite Fireis housed in a fiery red sleeve rich in symbolism that speaks of the music within.

The album’s title track is also its centrepiece and with a haunting, cascading guitar that surfaces sporadically it’s a definite highlight and, like all of the songs on this record, it’ll benefit from repeat listening as subtle nuances, hidden in the mix, gradually reveal themselves. The soundtrack of a world afire it segues into ‘Dochters van de Zwarte Vlam’ (translates as “Daughters of the Black Flame” I’m reliably informed). Sung in their native Dutch it could well be a theme song as they conjure all sorts of evil musically and constantly shift gears: complex lines intertwine as incendiary riffs nestle betwixt blast beats which makes Dawn… an infinitely interesting listen. Atmospheric, like all good black metal should be, ‘Beyond the Black Vortex’ creates a feeling of cataclysm, like the world perched on the precipice of destruction as the guitar floats, ethereally, above the musical storm.

Asagraum consists of just two members (although they’re augmented by other players live) with vocals, bass and guitar handled by Obscura and drums by the enigmatically titled A. This small unit gives proceedings a taut feel as the instruments lock in with an almost mechanical precision which, along with the unified lyrics, holds the record together as a cohesive whole. With a rhythmical aggression ‘Waar ik ben komt de drood’ (“Where I am Death Comes”) brings the album to a suitably catastrophic conclusion and succinctly pulls together all the strands of the band’s sound. From the deathlike vocals to the powerhouse drumming it seems a fitting note on which to end the album.

Released almost two years after their debut album (Potestas Magicum Diaboli)the latest effort from these Dutch masters of darkness finds the group building on their previous good work whilst expanding their sound further and is another step towards world domination. In fact they are so confident inDawn of Infinite Fire that they are tempting fate by releasing it on Friday 13th! 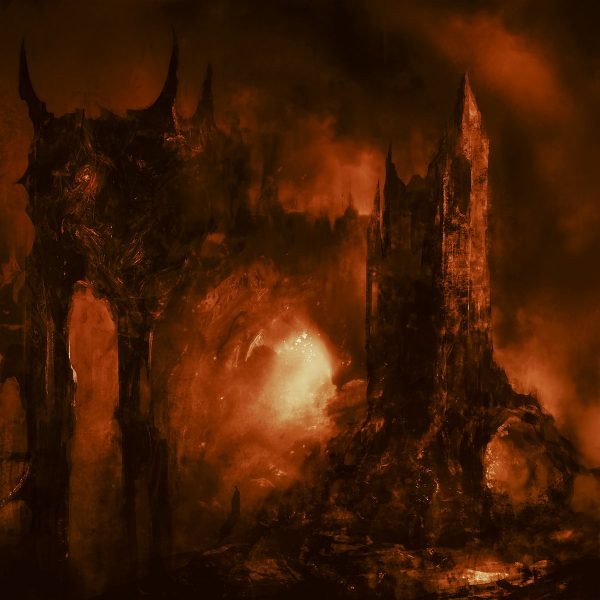