As ‘Liftoff’ Approaches, Dan Reed Releases His Fourth Preview Lyric Video from the Album: The Last Before Launch! 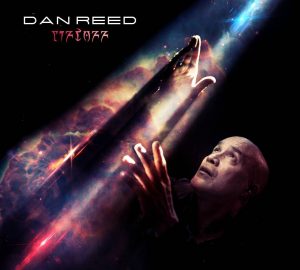 The launch of Dan Reed’s fifth solo album ‘Liftoff’ is imminent. A super-chilled-out, cosmically-themed melange of 11 tracks, crafted to fit and fuse together as a whole-album listening experience, ‘Liftoff’ will be released on Zero One Entertainment’s label and distributed through Townsend Records, shipping physical media and dropping onto all streaming and download platforms from 4th December, 2020.

Counting down to ‘Liftoff’s’ launch, the ever-creative, final frontier-pushing electro-acoustic wizard Dan Reed (of Dan Reed Network) has been releasing 4 specially-made preview lyric videos in order to give a taste of the album. Each has been visually rich adding incandescent, mind-blowing imagery to the tracks: the cosmic voyaging of ‘Liftoff’; the jaw-dropping footage of Hong Kong’s cityscape and illuminations seen in ‘Spaceship Built For Two’; the robotic and A.I.-themed digitally animated imagery of ‘Shed My Skin’.

Now, completing the previews, Dan is releasing the video for ‘Back to Earth’. – this time showing breath-taking, HD glimpses of the natural world, the beauty and majesty of Earth; also, echoes of its ancient peoples and cultures.

Check out ‘Back to Earth’ here https://youtu.be/Lfbk3wq-bSM 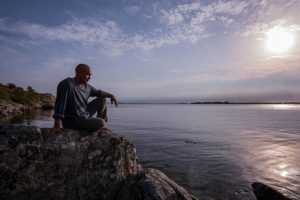 As Dan himself says, introducing the video: “Here is the fourth and final preview lyric video for the song ‘Back to Earth’ from my forthcoming solo album ‘Liftoff’. After pining for idyllic off-world destinations, longing for a moment of respite from earthly problems and our relationship with technology on the first three songs, this track addresses stepping back and appreciating what a gift this beautiful blue and green marble floating in space which we call home truly is.

“The video is a tribute to all native peoples who once believed in living in harmony with nature. It opens with a quote from the Native American political prisoner Leonard Peltier and features the voice of the late Oglala Lakota campaigner Russell Means during his opening address to the US Congress in 1989, where he humbly calls on the US Senators to honor Native American rights while addressing them as his ‘relatives’ in 1989.

“If you’re ever in the mood to see a vastly intelligent and caring soul appealing to the hardened hearts of the powerful elite then check out ‘Russell Means addresses Congress’ on YouTube. It is truly powerful to witness!

“This song also features the beautiful voices and vocal arrangements of UK artists Emily Lynn and Lara Smiles on background vocals.  I hope you enjoy the song and video, and once again thank you for all the positive support this last month for the new album, the many shares, and loving comments!

Earth. A fine planet. Especially when seen through the eyes of Dan Reed, his lyrics and music, and the chilled-out, free-floating and soaring reveries and trains of thought that these songs, and the album as a whole, produce.

Rawramp hit the nail on the head: “Funk ‘n’ roll hero and musical visionary DAN REED unswervingly provides an intuitive antidote to the bleakest aspects of modern-day life. He has been bringing his mood-enhancing, far-sighted and transformative music to millions of listeners across the world since the mid-1980s.”

As then, so now — even more so, in times in need of light, vision and beacons of hope.

Visit Dan Reed’s website for further details, where you can pre-order this excellent album in CDs and Download forms, as well as ‘Liftoff’ T-Shirts. Items will ship on 4th December, 2020, and will arrive in time for Christmas!