To say that this is the most massive rock project released recently (and for quite some time) may sound like an exaggeration to some of our readers, however, to me, would be an utter understatement. It is hard to comprehend how it was humanly possible for such a large-scale album to be put together amidst a raging pandemic. Around thirty first class musicians recorded their parts in the comfort of their own homes or local studios, being physically located all over the world, yet the final product with their choruses, harmonies, and layered vocals sounds as authentic as it would if they were all gathered together. Hats off to the producers and mixers, and to the miracles of modern technology!

In a recent video Russell Allen posted on social media, he calls Arjen Lucassen the most talented person he knows. This may sound like an overstatement, but once you have given this album a listen, you will know exactly why he said that. This is the kind of album that stops you in your tracks and grips you as soon as its first few notes blast out. It is the music equivalent of a book you cannot put down. Its energy is compelling and absorbs you to the point of being glued to the music, needing to spin it again and again. Try listening to it during a long drive: epic! Surrounded by its cosmic depths, you might start to wonder if you are in fact in command of a ship rather than a car. 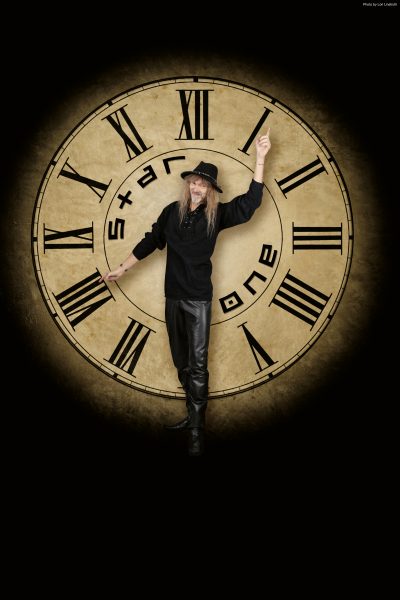 For those who haven’t heard of Arjen or Star One before, just the names of those involved in this album should be enough to raise interest. On the vocal front, what we have here is some of the biggest names on the current metal scene: Joe Lynn Turner (Ritchie Blackmore’s Rainbow, Yngwie Malmsteen), Tony Martin (Black Sabbath), Russell Allen (Symphony X, TSO, Adrenaline Mob), Jeff Scott Soto (SOTO, TSO, Yngwie Malmsteen, Talisman), Floor Jansen (Nightwish), Mike Andersson (Tungsten, Cloudscape), and the list goes on. Instrumentally, you will hear the fantastic work of some of the world’s best guitarists: Steve Vai, Adrian Vandenberg (Whitesnake, Vandenberg), Michael Romeo (Symphony X), Joel Hoekstra (Whitesnake, Joel Hoekstra’s 13, Cher, Rock of Ages). So, if you decide to give this album a go, even if just to hear what your heart throbs have been up to, you will be blown off your feet.

Musically, this is the most amazing mish mash I have listened to in a while. You can tell there has been a mad genius at work here, who is clearly also a movie geek. Each track is written about a particular film, the uniting theme being manipulation of time of some sort. Arjen has been kind enough to spare us the misery of Googling to find out their titles by listing them on the album cover. Which, now that the legwork has been done for us, leaves us to enjoy the music fully and be amazed at just how cleverly the atmosphere of each film has been conveyed in the songs.

While each track is a song in its own right and covers a different movie, they all feel as parts of one chain, making it tempting to put this project in the box called AOB, which won’t do it justice, though, as there is no box big enough for this gigantic effort. We might also classify it as a concept album, one that is structured around the time traveling theme.

Engaging musicians who are so well established in their field makes this album even more of an interesting effort, as they all put their own stamps on it. 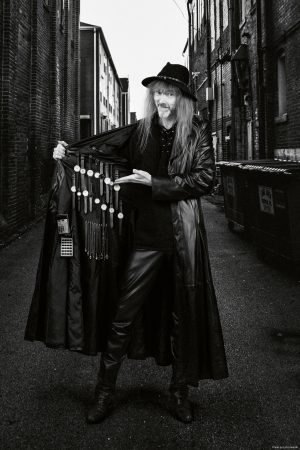 guitar dueting with the keyboards, yet the female vocals by Brittney Slayes will remind you that this is a different project. In’ 28 Days (Till the End of Time)’, while knowing that the story being told is of Donnie Darco, one can’t help but notice that the singer (Russell Allen) had a song with a similar plot in his own album with Anette Olzon two years ago – ‘No Sign of Life’. Could this be just a coincidence, or perhaps the choice was made by Sir Allen, as it resonated with him? This track will be, literally, music to the ears of Symphony X’s fans, as he, too, gives it the taste of that band with his unique vocal style. Another piece that sounds as if it has been written with its singer in mind is ‘Back from the Past’ (no prize for guessing which movie this is based on!): a typical Jeff Scott Soto’s song. It is a bit like the chicken or the egg question: did Arjen compose this specifically for JSS, or are the singers just making the songs sound like their own? A question which only Arjen will know the answer to.

It is also clearly noticeable which songs feature the well known guitar gods, as on ‘The Year of ‘41′ (Joel Hoekstra on guitars), Lost Children of the Universe (featuring Steve Vai) and the title track (Adrian Vandenberg) the guitar work particularly stands out.

A special song to point out is ‘Today is Yesterday’ based on the movie Groundhog Day (1993). This is an absolute masterpiece and what persistently comes to mind when listening to it is  ‘Bohemian Rhapsody’, to which I would say this song of Arjen’s is the modern equivalent of. Its darkness, sarcasm, black humour and epic masterful transition from one musical style to another, backed up by magnificent power choruses, puts it on a pedestal together with Queen’s cult hymn.

There is a special dimension to the project that makes it sound theatrical or cinematic. The spoken narratives in ‘Bridge of Life’ and ‘Prescient’ (supported by a chorus) make it sound like a metal opera, similar to Star One/Ayreon’s older stage performances and being developed like a play or perhaps a musical. The impression is that this is not meant to be just listened to but has to be seen. Let’s hope that the time will come for it to be staged one day, which will be an interesting new installment of Ayreon’s epic stage performances from the past.

The second CD repeats the exact songs from CD1, this time with different musicians taking over: “Same Songs, Different Singers”-CD, as Arjen calls it. This gives us the perfect excuse to listen to them over and over again, until we lose track of who it is that is singing and playing, and we surrender to the magic of this production. 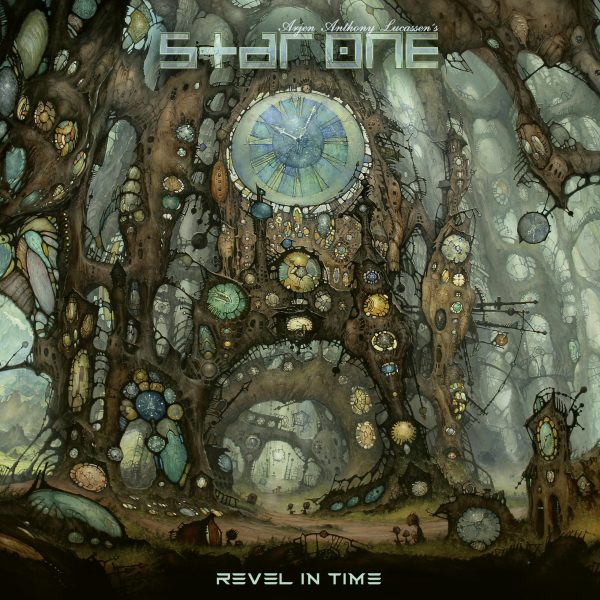