Birmingham’s underground label Clobber Records appears to have an innate knack when it comes to giving UK black metal bands a leg up in the right direction. One of the latest to join their camp is Argesk from Manchester.

Realm of Eternal Night is their impressive full length debut. It stirs slowly into life at first with the whispy instrumental opener, before the quartet find their voice on the rousing ‘Lord of the Boundless Void’. Over a haunting sonic soundscape they build a methodical even tempo, across which vocals alternate between glass eating growls and farmyard squeals. There are even segments of frostbitten folk melded into the bubbling pot although the incessant blastbeats ensure that Argesk continue resolutely down the black metal path.

The Mancunian newcomers step up the pace a few notches on the album’s primal title track, on which the bludgeoning blastbeats are delivered with an ever heightening sense of urgency. It’s a bloodcurdling eruption of blackened metal with the strangulated vocals helping to maintain that palpable sense of doom and disaster although a final swaggering symphonic injection steers things to a more measured climax. 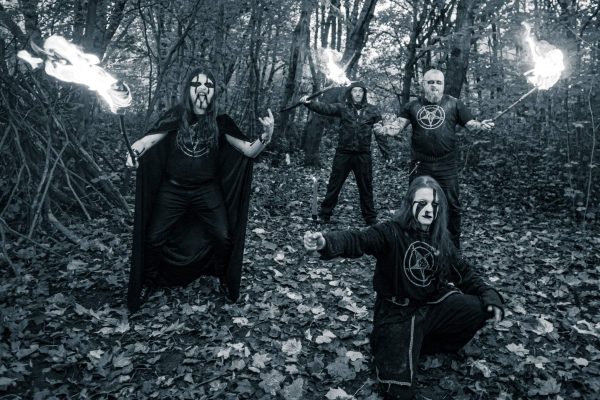 An earthy growl kicks in the door on ‘Adversary,’ the guitars spiraling like dervishes before a proper thrusting chug is commandeered against yet more skin pummeling as Argesk really start to settle into their rhythm. You are though definitely caught unawares by a clean sung homage to the ‘lord of darkness’ which takes on an almost neo-folk atmosphere reminiscent of fellow northerners Winterfylleth, as the gushing black tide is temporarily exchanged for some pagan prose.

While ‘In Their Image’ and penultimate piece ‘Liberari In Tenebrae’ are more obvious black metal statements of intent, Argesk still endeavour to flavour their sound in their own style. While the piercing vocals remain close to deranged throughout, the shift in tone helps add a further dimension to proceedings, while carefully sprinkling symphonic strokes across the top shows a willingness to stand on their own feet.

The album ends with one of its highlights in the appropriately titled ‘Drowned In Freezing Waters’. While the Manchester Ship Canal may not carry quite the same black metal reverence as the Norwegian fjords, it’s still bloody cold and the abrasive final riff explosion ensures that Realm of Eternal Night goes out on a high rather than a whimper.

Released via Clobber Records on 17 April 2020 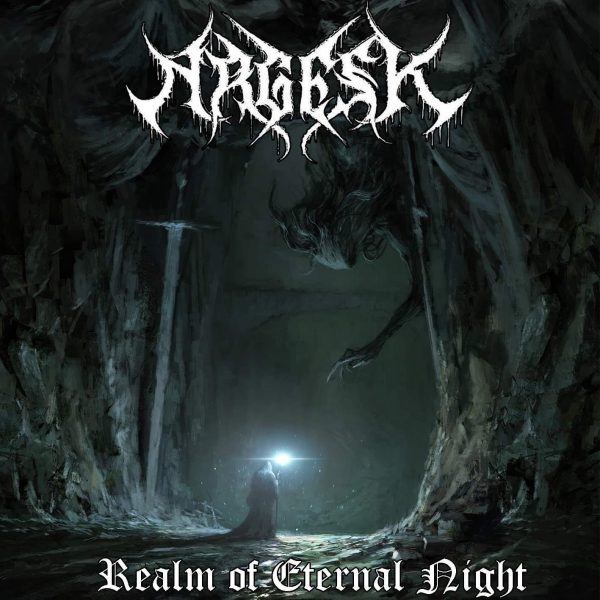