In the early ‘80s Anvil, along with fellow Canadians Exciter and Germany’s Accept, pushed the boundaries of metal and set the stage for what would become known as speed and thrash. However musical pioneers rarely get their just rewards as those who follow in the slipstream can refine the genre for mass consumption and while Anvil have received plenty of plaudits, that has failed to transfer into record sales. The upside is they’re still driven by an intense hunger and this urgency seeps through every track of their eighteenth studio album Legal At Last.

Like ‘Sweet Leaf’ only for the thrash generation the eponymous title track ‘Legal At Last’ races out of the blocks, totally unfettered, and doesn’t look back. It’s an amphetamine charged rocker that celebrates the new status of their favourite recreational pastime(!) and you can hear their joy de vivre shine through as the guitars and drum combine with machine gun rapidity in mock military salute. With a riff that harks back to ‘Metal On Metal’ the following ‘Nabbed In Nebraska’ is a moody, monolithic beast that stomps like an angry sumo. Still led by the irrepressible vocalist and guitarist Steve ‘Lips’ Kudlow, Anvil are a powerhouse trio very much in the vein of Budgie and Motörhead and while some might lament the absence of a second guitar when you have a drummer as good as other founding member Robb Reiner you want to hear every punch. Chris Robertson has added some stability in the bass department as the three share an undeniable chemistry and when you factor in a huge sing-along chorus there’s only gonna be one winner.

With their self-effacing humour, tour antics and Lips’ legendary golden vibrator Anvil could be looked upon as something trivial but the high jinks are often tempered by a lyrical astuteness. On the last record it was the plight of Canada’s indigenous people (‘Nanook Of The North’) while on Legal At Last ecological concerns are touched upon as evidenced by the next pairing. The conspiratorial ‘Chemtrails’ flies past at supersonic speed before the sludgy ‘Gasoline’ chugs along and deals with our oil addiction. If that all sounds a bit serious ‘I’m Alive’ is a real celebration of metal as the riff ticks over like a finely tuned engine with Robb firing his drums like pistons. A riff heavy affair is ‘Talking To The Wall’, like a ball bouncing perpetually between two walls, it’s groovy and underpinned with a real swing. ‘Plastic In Paradise’ is another tip to ecology (and the bands love of alliteration!) and Lips sounds uncannily like Udo Dirkschneider which is perhaps no surprise with producer Martin Pfeiffer at the helm. His clear, crisp rendering gives everything room to breathe, it’s his third consecutive album with the band and factor in a stable line-up and you have Anvil’s most consistent album in many moons.

‘Bottom Line’ is a song that tethers Anvil to their first album and seems tailor made for fans of ‘80s metal. A cool, jaunty riff saunters through the track, it’s a succinct slab of rock that’d make a great single. ‘Food For The Vulture’ continues at a similar pace before the lumbering ‘Said And Done’ stumbles into town. Bearing a passing resemblance to Sabbaths ‘Lord Of This World’ and powered by the kind of riff Tombstone Tony dreams of it drags the album, with crying guitars and screaming vocals, towards the finishing line. Stepped in monumental riffs and one of the longest tracks on the album it would have made a bold ending. But Anvil couldn’t say goodbye without sending in the special forces and ‘No Time’ is tagged on as a bonus track. It flies by like a Red Arrow display and ensures Anvil depart as they arrived. 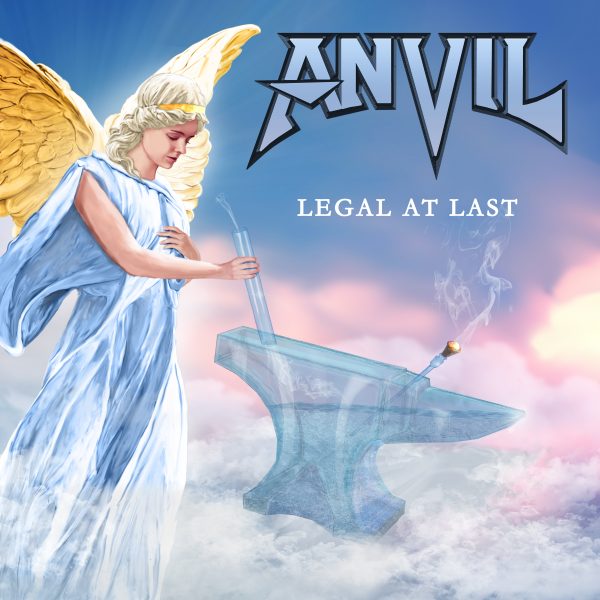