Anvil is as Anvil does…

In true metal style, Anvil opens their sixteenth(!) album with the sound of the seven seas and a bunch of pirates singing a sea shanty. Yarr! This definitely be metal ye lily-livered scurvy dogs! Called ‘Daggers And Rum’, I had to check to make sure that a track from Alestorm or Primus circa Seas of Cheese hadn’t accidentally found its way on to the album (in fact, Les Claypool could do a fine bass-line to accompany this guitar melody). Nope, it’s Anvil. And Yo ho ho if they’ve not been hard at the buccaneer’s brew. A curious and catchy opener, I’m not sure if it’s a novelty song or if they’re deadly serious. Okay, track two, ‘Up, Down, Sideways’ and Anvil are metal again, Lips throwing out many a rapid riff and a few tasty lead lines, Reiner pummelling away at the kit (spot the cheeky cowbell in one of his breaks), and new bassist Chris Robertson making an impressive début as he lays down a solid foundation and throws in a few rapid and intricate runs. With two tracks that seem to be at odds with each other, it’s a perplexing start to the album.

With ‘Gun Control’ – no prizes for guessing what this song’s about – and ‘Die For A Lie’, what comes to the fore is the band member’s performances. Reiner is solid throughout this album, and the production gives his drums the power that Anvil need in the rhythm department. The same goes for Lips’s riffs and lead lines and Robertson’s bass work, Robertson proving himself a worthy addition to the line-up. Most of all however, Lips’s voice sounds better than it ever has. Take his performance on the title track of This Is Thirteen for example. It’s excruciating. Lips was clearly trying to explore and push his vocals into new territories, the problem being that they were far outside of his capabilities and his strengths. Working with bassist Robertson on his vocal lines has done him no end of favours and rather than stretching himself too far, he’s working within his capabilities and exploiting his strengths.

So, the songs. The first four are good. Not great, but good. They’re tight, focussed and catchy, and they’ve got a bit of poke behind them. ‘Runaway Train’ is a head-down and driving track that surges forward in thrash riffs and melodic lead work. ‘Zombie Apocalypse’, like its subject matter, is heavy and lurching. ‘It’s Your Move’, in its tight, no-room-for-bullshit approach, is direct and driven. Despite its muscular topic, ‘Ambushed’ is a bit weak, as is ‘Fire On The Highway’, and by ‘Run Like Hell’ the album’s tried and tested structures are more than apparent though still bear some strength. ‘Forgive Don’t Forget’ closes the album with a positive message of sorts but doesn’t have the impact a closer should. As for the bonus track ‘Never Going To Stop’, the band’s declaration of their undying devotion to rock, it’s fitting that it’s rammed with rock clichés, but it’s done very well.

Because of Lips’s improved vocal performance and the tightly focussed approach to song-writing – as well as the impressive bass work of newbie Robertson – on the whole Anvil Is Anvil is a marked improvement over 2013’s Hope In Hell and 2011’s Juggernaut of Justice. But like all of their albums, there’s still that something missing to make this that great album that gives them the success they’ve been yearning for since day one. Even though it’s the catchiest and singalongiest, opening with a song about pirates doesn’t do the band many favours in terms of how serious we should take them. But Anvil are good at being Anvil, and so the album title is more than apt. 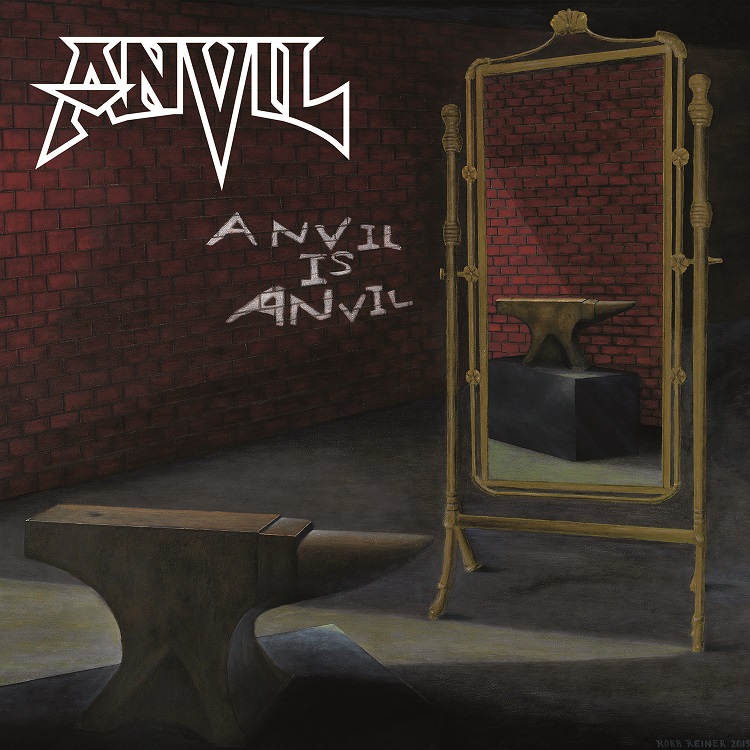