Due to public demand, earMusic has announced a series of reissues of (almost) the entire Annihilator catalogue with special editions featuring bonus material and previously unreleased tunes. Standard fare for reissues, yes? But not in this case. Annihilator guitarist, sometimes (currently not) vocalist, writer, studio owner, producer, engineer and mix and master engineer Jeff Waters has taken a different approach with the reissue of 2007’s Metal. Rather than adding the usual filler, he’s recruited Dave Lombardo and Stu Block to re-record the drums and vocals. So, on top of a veritable who’s who of metal from the original recordings, fans get the powerful and versatile vocals of the front-man of Into Eternity and, thanks to a boisterous day out at the Capitol in early January 2021, what looks to be the defunct Iced Earth, and the demon drummer of such bands as… well, we know who, don’t we? Not a bad deal, huh?

Let’s get the complaint out of the way. While Stu Block does a killer job in the vocal department, one can’t but think that Dave Lombardo has been underutilized. We know what he’s capable of. Put a pair of sticks in this man’s hands and he utterly destroys the songs, bringing to them a ferocity like no other. But not here, sadly. He plays well, of course, but had Waters let Lombardo rip a bit, he’d have brought a dimension to the tracks that would have made the just above average tracks – ‘Army of One’ and ‘Detonation’ – a bit more potent, and the exceptional tracks – ‘Chasing The High’, ‘Smothered’ and ‘Kicked’ – explode. If Waters were to choose to align his ripping guitar work with Lombardo let loose and make an album of new material, it would be nothing less than incendiary. It’s a shame that there’s not even the vaguest glimmer of that potential on this record.

Compliments now, yes? The songs here demonstrate the full scope of Annihilator’s musical range and Block not only matches the tone and the energy of each but, as good as Dave Padden’s vocals were on the original recordings, Block also brings to them a strength and vigour that makes readily apparent that he is the vocalist Annihilator have long been searching for. That said, Waters isn’t too bad either. The guest musicians are all top notch, their performances are all outstanding, and their contributions are matched perfectly to their selected songs. Of particular note is Alexi Laiho’s lead work on ‘Downright Dominate’, his solo further evidence, if further evidence were indeed needed, of what a significant loss the music world suffered upon his passing in late December 2020. The two cover songs – the first, the title track of Exciter’s 1983 debut album Heavy Metal Maniac, the second, Van Halen’s ‘Romeo Delight’ from their third album, 1980’s Women and Children First­ – are performed with all the fun and fervor of a fan fizzing at the very thought of recording two of their favourite songs in tribute to their originators. And who else but Waters could do such an excellent job of emulating the master, Eddie Van Halen?

Waters’ ripping riffs and his whammy bar mangling and fretboard burning solos always means Annihilator’s albums are a safe bet. Block’s vocals are great. And though Lombardo may be underutilized, his presence is still very much felt. If you’re an Annihilator fan and already have the 2007 release, this is still worth carving out a space in your collection for. If you’re new to Annihilator, this is a great entry point because you’ve got a rich history to explore and an incredible future to be part of. 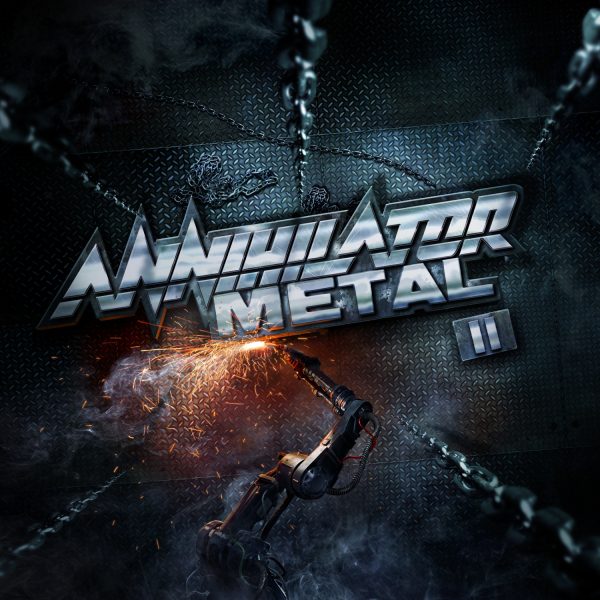