It’s a strange (but pleasing) anomaly that the best in Americana is currently being produced right here in the UK. Perhaps the brightest jewel in a star-studded crown is singer/songwriter Anna Howie and her latest album, The Friday Night Club, is a gem that shines vividly and, after years as a band member, session musician and backing vocalist Anna finally steps to the fore.

The recent lockdowns were difficult on so many levels but for anyone connected to the music industry it was a particularly hard time. However, it seems that such conditions are fertile ground for creativity and it’s from this situation that The Friday Night Club was born. The quiet storm that is ‘Acrobat’ gets the album off to a rather understated start as bright and shiny guitar lines hang starkly like stars in a crystalline sky while Anna’s warm, tremulous vocals, a warm blanket, wrap themselves around the listener. Almost imperceptibly sounds are gradually added as guitar and vocals combine to create an intimate, evocative experience and ‘Acrobat’ is akin to sitting round a crackling campfire as Anna gently serenades you.

Although this album was planned before Covid-19 turned the world upside down that whole experience informed the writing and recording of The Friday Night Club. It seems that each person has afflicted in some way by the pandemic and this album is a soothing balm that’s been sent to soothe our troubled souls. It seems that we’re living in the golden age of singer/songwriters and while I find much of the music that they produce can be one dimensional what I like most about this record is that it is a multifaceted affair and the introduction of brass on ‘In The Morning’ is the kind of decision that elevates Anna Howie above her peers and turns ‘In The Morning’ into a lively affair that skips along on waves of effervescence.

Like a robin tweeting in your garden Anna’s warm and rich voice is the totem around which The Friday Night Club revolves and when you factor in an astute lyricism you have a marriage made in heaven. Each of the 11 tracks that comprises this album is a mini novella and in terms of great songsmiths I’d place Anna, with her ability to evoke a certain place and time, in the same bracket as Paul Simon and Bruce Springsteen. A fine example of this is ‘Friday Night’ which is a musical party and captures some of the magic of said evening and closes the album in a blizzard of streamers, tickertape, and party poppers.

Recorded with Lukas Drinkwater at Polyphonic Studios this is a well-rounded album that should propel Anna Howie into the nation’s consciousness and The Friday Night Club is a record that’ll sound good any night of the week. 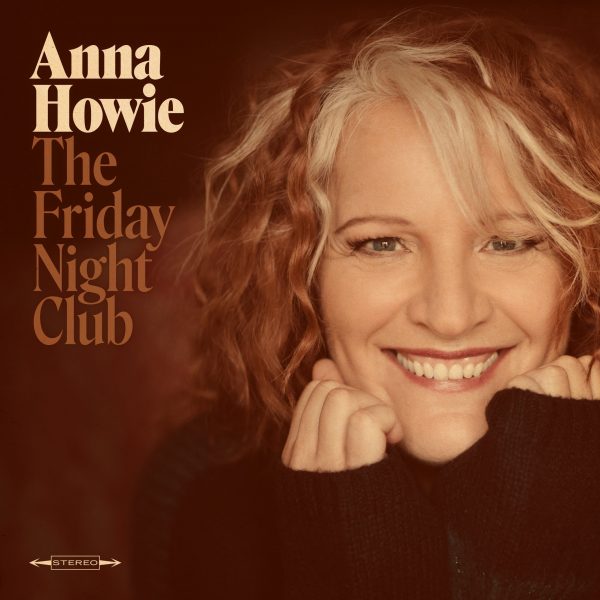