Reviewed by Brian McGowan and released by BMG Records on 14 September 2018.

Cover albums are usually an indulgence with little substance. There have been exceptions of course. Bowie’s postcard to the sixties, Pin Ups has endured, although it was and still is something of a hit and miss affair. Similarly Imitations, Mark Lanegan’s determined exploration of melancholy. But most cover albums hit an uneven note. An artist may strike a plangent chord on one particular song, or rub against a specific piece’s musical grain in a fresh and innovative way, but these are usually exceptions, scattered across a multitude of cover albums.

And so, following in this tradition, Heart‘s Ann Wilson‘s covers album is something of a patchwork quilt, stitched together by some inventive arrangements. Mike Flicker, who produced a number of early Heart albums, teamed up with Wilson once again here.

The best stuff is front loaded. A howling bassline and a razoring lead guitar give ‘You Don’t Own Me’ a sinister, threatening tone. A most appropriate setting for the challenging, feminist lyrics. All the more surprising given that the song was written by singer, Lesley Gore, 50 years ago.

When embroidered by the rest of the band, Tom Petty’s made up on the spot, darkly moody rock song, ‘Luna’ became something of a calling card in the band’s formative years. Wilson skilfully captures the mood of mystery engendered by the original, thanks to a vocal performance of elegance and grace (and some great guitarwork from Warren Haynes). But Chris Cornell’s ‘I Am The Highway’ is the song that Wilson truly connects with here. Flicker’s production is looser and freer than the original, and Wilson’s vocal seems to mark the passage of time, flying above the fray, even if the lyrics don’t make much sense.

Elsewhere, with a few exceptions, the choices are necessarily obscure. Who wants to sit in karaoke corner? But generally they are obscurities because no one thinks they were that great in the first place, or they belong only to the obsessive who holds them dear and views cover versions as bordering on sacrilege.

So nothing reaching the dizzy heights of Emmylou Harris ‘Here There And Everywhere’, or Sinead O’Conner ‘Nothing Compares To You’. Or even the Clash’s ‘I Fought The Law’.

Still, switching Bowie’s industrial electropop on ‘I’m Afraid Of Americans’ to a heavily rhythmic clang, peppered with powerfully organic beats pushes the hook to its limits. As does streamlining the juggernaut riff of Cream’s ‘Politician’, converting the bulldozer into barracuda, cutting purposefully through shallow water instead of demolishing everything in its path.

At the opposite end, Wilson’s cover of ‘A Different Corner’ is a pale imitation of George Michael’s least colourful hit and she never really gets under the skin of Gerry Rafferty’s enduring legend, ‘Baker Street’. The remaining tracks fall somewhere in between. 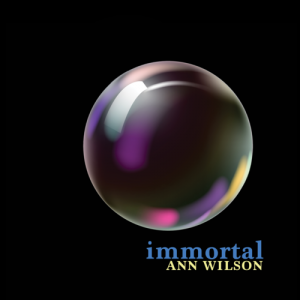