One of the downfalls of progressive rock for most people is that it can sound, well, a bit lifeless. For Animic, a band with three previous records and ten years’ experience, I’m surprised to say that Hannibal, the Spanish six-pieces’ fourth offering tends to fall into this category throughout the record more than I could have expected. With Louise Sansom and Ferran Palau who both possess as eloquent a voice as you are likely to find on vocals, you might be thinking to yourself, how could this be the case? The record begins with ‘Horse’s Mane’ and ‘The Others’ and at this point, as listeners we’re treated to exactly what we have come to expect from Animic: peaceful and expansive progressive rock that is as pleasing on the ear as it is on the soul.

It’s from here on out though that the record takes a surprising amount of twists and turns though, from the odd to the extraordinary and then back to the odd again. This is exemplified in third track and album name ‘Hannibal’ with the song in Spanish, it would be expected that the work of Nuria Mones and Ferran Palau on guitar would be giving us something to really sink our minds into. Instead the rhythms are transparent and altogether just hard to come to grips with, the same can be said for following track ‘Rei Blanc’. Mid-record and ‘Wooden Gun’ is something back to what we expect from the Spaniards, a lucid and compelling sound. Super sound technician Genis Urena or Pipo as we might know him should be given particular credit for achieving such an absorbing four and a half minutes, it truly is the standout song of the record.

Heading towards the back end of the album and ‘Skeletons’ is the kind of song I can picture us all listening to when we’re sat round a table with a group of friends, a pack of cards and a worryingly declining bottle of tequila and is actually over too quickly, it’s a welcome addition of some pace to the record and could well have been extended by a minute or two. An unwelcome return of the odd is made in ‘Oracio’ and ‘Shoot Em’ and shows examples of how just adding a little more care and thought to a song can give a band a much more ambient and relatable sound, something Animic have left out here.

As a whole, is the record bad? No, it’s not. But at the same time it’s not quite the heights we could have expected from Animic ten years into their career, with previous hit records such as Hannah and Hau O Hau it unfortunately seems like it’s back to the drawing board for Animic. 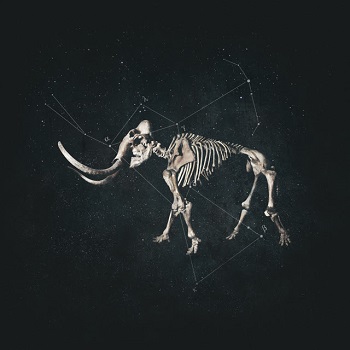