It’s Friday. The working week is behind us. We’ve had enough. We’re tired. The sane amongst us would probably choose to stay at home, feet up in front of Graham Norton with a glass of wine or perhaps down the local pub with a few mates for a chinwag and a few drops of ale followed by a kebab or a curry. But we’re not sane. It’s Friday. The working week is behind us and we’re fucked off, far from tired, and more than ready and slightly more than willing to be severely beaten by Birmingham’s brutal bastards of bastard brutalness. Yep, Anaal Nathrakh are in town. And not that they need endorsements from anyone, but you know you’ve made a good decision to come to a gig when you walk through the door and see Napalm Death’s Shane Embury, Danny Herrera and touring guitarist John Cooke chatting with the box office staff. (Maybe they just got back from another orienteering trip with Stewart Lee?)

The lights dim – or should that be “all hope drained from the room in an instant”? – and the band enter the stage to the sounds of ‘The Road To…’ and much applause before beginning the pummelling with ‘Obscene as Cancer’. Just over two and a half years since we last saw them in the Home of Metal and the battery is so very warmly welcomed with a pit opening up immediately. Ferocious, Anaal Nathrakh’s uncompromising extremity is the perfect antidote to another shit week in an increasingly farcical world that somehow seems to be urging us closer to the edge of the abyss whence Anaal Nathrakh’s bestial, barbarous and bleak tunes take their cue. No doubt those in the pit will, upon returning to their loved ones this eve, take Dave Hunt’s advice when he shrieks/roars/growls/vomits ‘Hold Your Children Close And Pray For Oblivion’.

And while the pit becomes even more ferocious when ‘Forward!’ makes its appearance, the aptly named and now-warzone-like Asylum is sadly devoid of stage divers despite Dave and Mick Kenney calling upon the crowd to partake. I suppose we’ll have to do with the countless legs that appear inverted on top of the crowd to be consumed by the pit’s frenzied swirl. ‘In The Constellation of the Black Widow’ is vicious, as are ‘Bellum Omnium Contra Omnes’ and the merciless ‘Forging Towards the Sunset’. Two brutal blasts with ‘More of Fire than Blood’ and the charmingly-entitled ‘Between Shit and Piss We Are Born’ and the band do the leaving-not-leaving-the-stage bit before returning for the three-song assault – aka, the “encore” – of ‘Do Not Speak’, ‘Idol’ and ‘The Joystream’ to kill the last remaining residue of hope and light. What a way to spend a Friday evening. 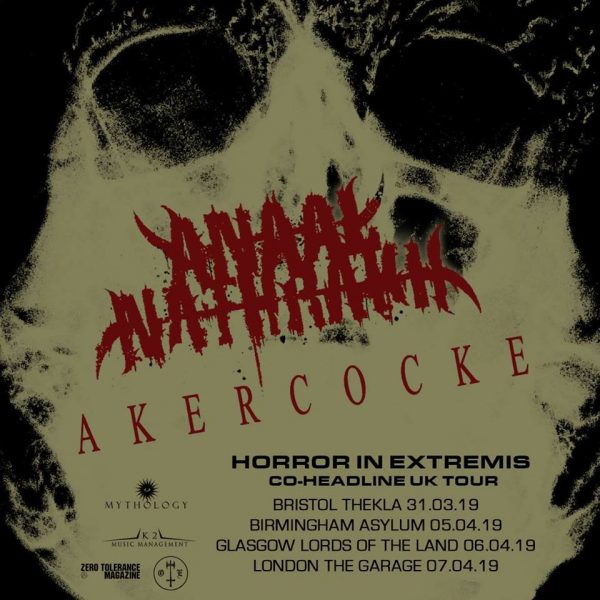