With a Top 10 chart position, 10 million streams and wide-ranging critical acclaim, Amy Macdonald’s current album ‘The Human Demands’ has marked a hugely successful new chapter in her career. Just one thing has been missing, however – the opportunity to perform some of these songs in person for fans. But finally there’s light at the end of the tunnel and Amy’s headline show at London’s historic Roundhouse has been scheduled for October 26th. 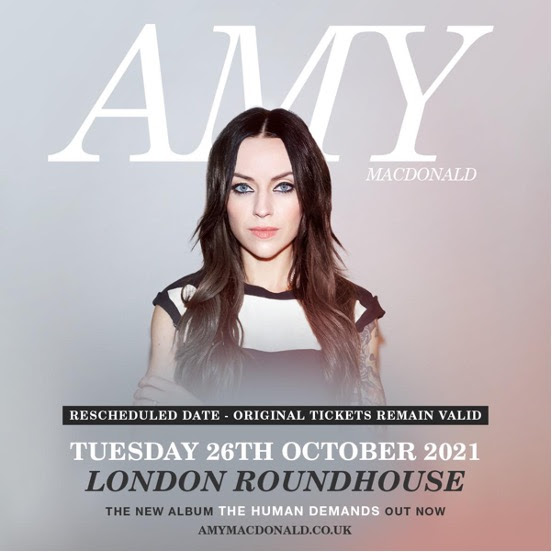 Original tickets remain valid for the rescheduled date, and a small quantity of tickets remain available here. The Roundhouse gig represents Amy’s first full UK show since ‘The Human Demands’ was released, and will also be her first on these shores since March 2019.

To coincide with the announcement, Amy today shares two new acoustic versions of two key songs from ‘The Human Demands’ in the shape of current single ‘Statues’ and ‘We Could Be So Much More’. Among the most explosive moments on the album, both songs take on a new poignancy in their stripped back form. Expect more acoustic recordings to be unveiled soon. LISTEN HERE

Amy adds, “I’m really excited to share these acoustic versions of songs from ‘The Human Demands’! I think it’s always really good to strip the songs right back to give people the chance to hear the lyrics more clearly. When you do songs acoustically, it just opens it up and allows people to get a different perspective.”

News of the Roundhouse date follows the recent rescheduling of Amy’s European headline tour. Remaining tickets for the dates, listed below, are available here: