Dust down your drinking horns, sharpen your axes and cast off the longboats, yes, Amon Amarth are back and inviting you to join them in their latest round of Viking conquests.

The familiar refrains of opening song ‘Berserker’ are archetypal Amon Amarth with Johan Hegg’s gruffest of voices providing the perfect accompaniment to some typically illuminatingly grooves with the addition of a mid-song breakdown added for good measure.
Boy, it’s good to have these warriors back with us!

As anyone who has ever joined in, or witnessed them turn the fields of Bloodstock into a completely crazy mass rowing tournament will attest, these fire-breathers know how to get the blood pumping. While their last album was a concept piece, here we simply have 12 slabs of carefree melodic death metal, inspired by a mix of Viking history and Nordic mythology, packed with a seafaring chestful of hooks and memorable melodies.

There’s scarcely a song here that wouldn’t enhance their already congested live set and Berserker – incidentally their first album to be released via Sony offshoot Music For Nations – can only bring even more followers to worship at Amon Amarth’s feet.

With the call to arms of Berserker roaring through your speakers, the Swedes have us in the grip of their oversized palms right from the first hook of opener ‘Fafner’s Gold’, and sustain the impact straight through into the cloud-bursting ‘Crack the Sky’. With its fist-pumper of a chorus, “Thor! Let your hammer fly”, it’s no surprise that they opted for this song to be the first off the album to get the video treatment and this number looks sure to quickly establish itself as a favourite fixture within an already congested live set.

Berserker is the Swedes’ eleventh album. If you want to have a dig, and against Hegg that’s probably not advised, it’s that the sound on the whole is very in tune with what’s gone before. Certainly fans of more recent releases such as the plate-shifting Twilight of the Thunder Gods (2008) and Jomsviking (2015) will find nothing here to knock them off their stride.

That should in no way though be taken as a snipe. If anything it’s quite the opposite. The infectious riff surge that triggers ‘Mjölner, Hammer Of Thor’ into life could seemingly only have come from the stringed axes of Olavi Mikkonen and Johan Söderberg. ‘Shield Wall’ is another lusty stomp while the Nordic gods are again stirred from their slumber on the rousing ‘Valkyria’. 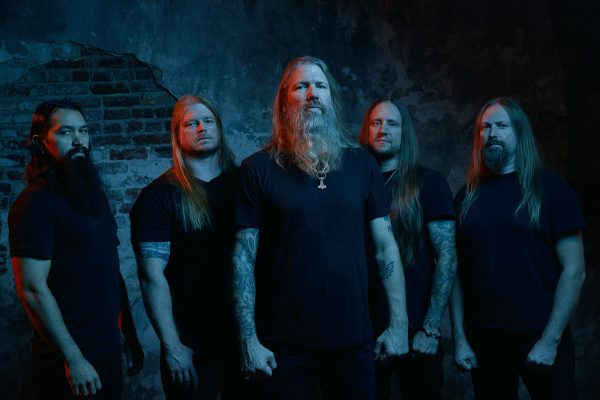 A hellish Hegg roar ignites ‘Raven’s Flight’ which boasts the kind of meaty chug that would satisfy a lion at breakfast time while the impeccable drumming of Jocke Wallgren drives the song forward with real venom and offers a suitable opportunity for a serious neck strengthening session for the headbangers, as the mighty Hegg hollers: “We hold our heads up to the sky, and know that we will never die, as long as we stand side by side as long as we can see the Raven’s Flight”.

For those of a certain generation ‘Ironside’ was a wheelchair-bound San Francisco cop who would always catch his man in a chase despite the obvious impairment. In Amon Amarth’s hands ‘Ironside’ is another standout track embellished with a persuasive softly spoken moment from Hegg.

The tempo is tuned down a notch for the commanding semi-title track ‘The Berserker of Stamford Bridge’ which somberly recalls what proved to be the Vikings last stand in 1066 against the English army and in particular the epic exploits of one legendary axe-wielding warrior who courageously refused to acknowledge the word ‘defeat’ even with the odds stacked ultimately fatefully against him.

Amon Amarth travelled to Los Angeles to record Berserker where the renowned studio skills of Jay Ruston (Anthrax/Stone Sour/Steel Panther) helped ensure no detail was overlooked. The result is an opulent Odin celebration that stands broad shouldered alongside anything the Swedes have delivered in the past, with the rich seams of ‘Into The Dark’ providing a satisfying finale.

There are now whole battalions within the broader Amon Amarth army who weren’t even born when Hegg and his then not quite so hirsute pals, first pulled together the pieces of the band a quarter of a century ago. From such humble beginnings, initially death metal advocates in the small town of Tumba, on the outskirts of Stockholm, the all-conquering Swedes have evolved into an exhilarating all conquering metal force of good that has (in a positive way) wreaked havoc across more lands than their much-feared Scandi ancestors.

Berserker is an album that will drag you from pillage to post. Medieval re-enactments were never as much fun as this. 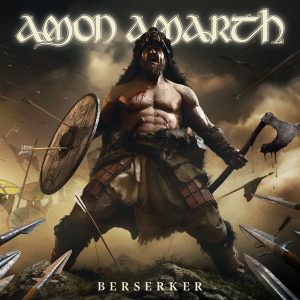