If you’re lucky enough to be heading to Damnation Fest on Saturday then do your best to arrive in good time at Leeds University’s Students Union to catch early birds Alunah. The Birmingham doom favourites are up first on the Eyesore Merch Stage where they will be treating the audience to material from their recently released new album, Violet Hour.

Alunah of course have been around for well over a decade but this is really phase two of the band’s career, with Siân Greenaway having replaced Soph Day on vocals. The early signs have been good for Siân and last year’s Amber & Gold EP suggested she had what it takes to grow Alunah’s reputation further.

This album rubberstamps that feeling and after the Sabbath-shaped thunderclap opening volley of ‘Trapped & Bound,’ the quartet continue to exhibit all the traits that you would expect to find in a groove laden outfit operating at the top of their game. ‘Dance of Deceit’ maintains the impetus with the rhythmic surge bringing the song to life.

If Alunah have shifted slightly since Siân’s arrival it is possibly that they’ve lost some of the pagan properties that were to the fore earlier in their career, including debut album Call of the Avernus in 2010. They now appear less world of witchcraft, and more retro in their approach, so the recently signed deal with Heavy Pysch Sounds is a union that should naturally bond and grow.

Siân’s certainly got a wonderful texture to her voice and ‘Hunt’ is one track that positively sparkles in her hands once riff rebel Dean Ashton (formerly of Diamond Head) starts to turn the knife, in sync with bass player Dan Burchmore, upended by Jake Mason’s measured sticks work. Siân rises impeccably to the carpet of well crafted cuts, moody and deep one minute then suddenly sparking harmoniously into life. 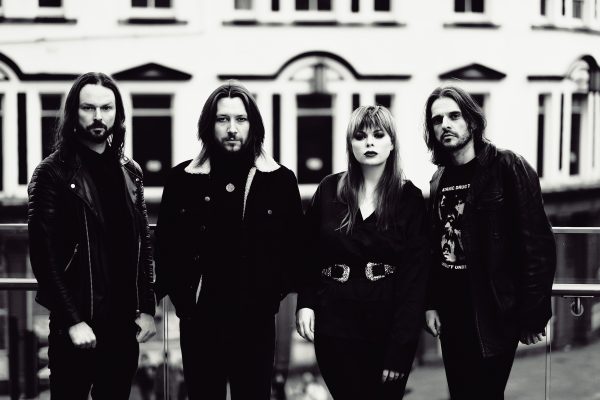 As the name suggests ‘Hypnotized’ is a full on spellbinder, towards the end of which Alunah drift away onto a psychedelic platform that spirals precariously across an increasingly hazy soundscape. The album’s thrusting title song follows, the canvas embellished with great psychedelic sonic sweeps.

After another Sabbathian intro ‘Velvet’ begins to shimmer like the moonlight dancing on water, some dynamic hooks used to good effect. At one point Alunah strip everything away as a prog solo adds a further touch of old school gravitas before a final unified purposeful push.

‘Lake of Fire’ is a majestic sign off, underpinned by some delicious grooves with Siân reaching effortlessly upwards to pick the higher notes seamlessly out of the air as though pulling apples from a tree. The haunting ambiance is little short of spine-tingling and closes the album in heart-wrenching fashion.

The band went to Mr Doom himself, Chris Fielding, to ensure the prerequisite polish was applied which the studio maestro duly did at Foel Studios, through the doors of which so many great doom bands have passed, Electric Wizard among them.

Having enjoyed a series of summer shows alongside The Obsessed, Siân has well and truly put the seal on her transition to Alunah with this album. Her voice has wonderful depth and character while some of her smokier moments are likely to set any nearby fire extinguishers twitching nervously. Violet Hour will without doubt showcase Siân’s Alunah arrival to a wider audience and fans heading to Damnation on Saturday will be willing sacrifices at the Alunah altar. 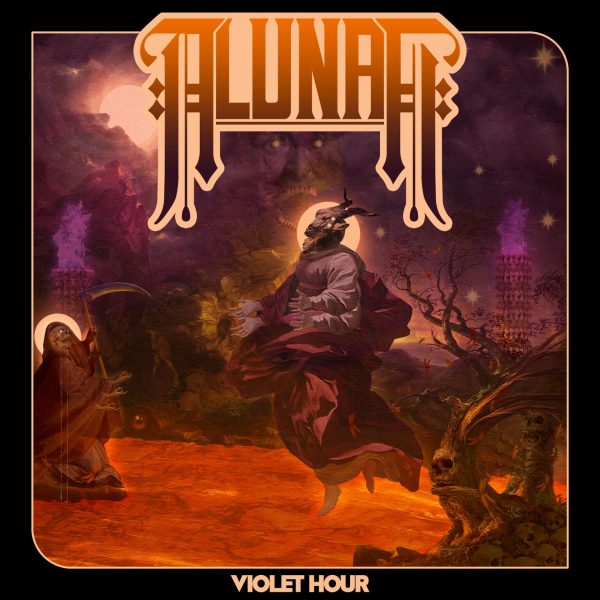