Formed in 1977 by Sniffin’ Glue editor Mark Perry Alternative TV were never going to sit easy in any pigeonhole. With albums that veer wildly from post-punk to the avant-garde they’re a defiantly eclectic group and true trailblazers. Thankfully that’s an aesthetic they carried into the live environment with Viva La Rock ‘N’ Roll being a vitriolic, visceral document of their prowess.

Recorded at a variety of locations from Camden to New York (via Stoke Newington!) ‘Viva La Rock ‘N’ Roll’ kicks this album off in a suitably spiky and angular fashion. Taken from their classic The Image Has Cracked debut album it still sounds vibrant and it’s refreshing that the preceding 40+ years hasn’t diluted its blunt power. Alternative TV are pleasantly hard to categorise act but imagine Cock Sparrer jamming with The Fall and you’ll have something approaching the dynamic prowess of tracks like ‘Total Switch Off’ and ‘In Control’.

The silence in between tracks (as the recordings switch between venues) breaks up the live feel somewhat and it would have been cool if the tracks were segued together with the spontaneity of an ATV outing. But that’s just nit picking as Viva La Rock ‘N’ Roll reads like a best of set and takes in all points of their career. The bands second album, Vibing Up The Senile Man found Alternative TV taking a quantum leap, as if their music was placed in a time capsule and sent into the distant future and ’Release The Natives’ from that record still sounds forward facing, and this live version proves that time still hasn’t caught up.

Subtitled Official ATV Bootleg! this is a warts n’ all rudimentary recording that captures the essence of a live gig (including those annoying chatterboxes). Kiss’ Alive it ain’t but its very spit and sawdust nature is exactly how Alternative TV should be experienced. It recalls the proto-punk of The Stooges and MC5 and the lack of polish is more than made up in pure energy. For all their invention and creativity there’s very little in the way of noodling or meandering solos, just direct and punchy punk rock as ‘Magic’ and ‘Action Time Vision:’ (later covered by Sham ‘69) go straight for the throat.

‘Love Lies Limp’ was the bands first release (as a flexi on the last issue of Sniffin’ Glue) and it makes a fitting closer to a rumbustious album. Viva La Rock ‘N’ Roll is an authentic snapshot of Alternative TV and provides an intriguing insight to one of punks most inventive bands. 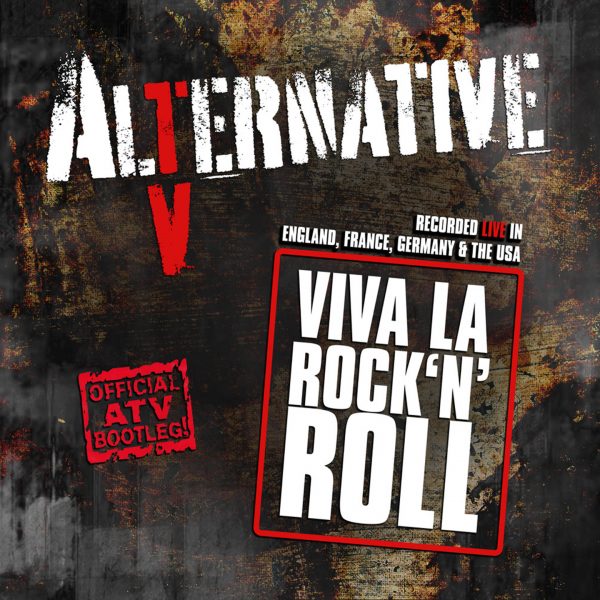