Paul Castles worships at the Altar of Betelgeuze, whose new album was issued via Transcending Obscurity Records on 15 April 2017

The key ingredients with Finnish fuzzlords Altar of Betelgeuze are stoner, doom and sludge with the occasional sprinkling of death metal. They’ve thrown handfuls of each into a giant mixing bowl, given it a good pounding, and what comes out the other end in the form of new album Among The Ruins actually tastes and sounds pretty damn good.

The album opens up with ‘The Offering’ which has an infectious groove that is quick to warm to, setting Among The Ruins off in the right direction straight from the start. The bass is thicker than a jar of chunky-cut orange marmalade and almost as sticky. Bassist Matias Nastolin also contributes the accompanying growls and the mid-tempo rhythm gives this first blast from the Altar hymn book a commanding and satisfying feel.

The guitars are allowed their moment at the front of the battle and Otu Suurmunne also provides the clean vocal style that first appears in following hazy headspinner ‘Sledge of Stones’. This has a great buzzing intro which gathers momentum as all the Betelgeuze boys join in with the atmospheric doom assault.

Otu’s hearty vocals go into stoner overdrive as around him the fuzz levels escalate. He has better pipes than a member of the Scottish Coldstream Guards and the luxurious tones are superbly sustained amidst a prog-like dreamy sequence in which drummer Aleksi Olkkola supplies the backbone.

By offering two such contrasting vocals – half growled death metal and half stoner –may be a marriage that some fear would end in divorce. You just have to go with it though as the overall feel of this album is great, whether it’s Otu or Matias taking their turn at the mic. 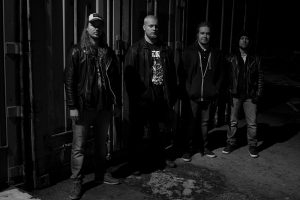 At just over eight minutes the slumbering ‘No Return’ is the second longest track on the album and is the first in which the two singers play pass the parcel with vocal duties switching between them while the actual mood and momentum of the song itself remains somber and introspective throughout. As Matias growls about ‘the point of no return’ a sledgehammer chug kicks in but before you’ve fully had time to go with it a sharp turn sees the stoner side surface with Otu coming in with his higher end cries.

‘New Dawn’ is as dark as it gets here while ‘Absence of Light’ is a gravitas growler as its title suggests. ‘Advocates of Deception’ builds up steadily with a real hook big enough to bag a trout before Otu takes Altars back towards the stoner crowd with his lackadaisical larynx used to great effect over a grandiose rumbling riff.

The album closes with the epic 10-minute title track. After a sumptuous instrumental intro that ebbs and flows with vigour and energy for the first three minutes before the Matias and Otu wrestle for vocal supremacy, taking it in turns to bring their own richness to the table and carry the song off in different directions. I suppose the dilemma with these Finns is that the sound is very much flip-sided and not everyone will warm to both sides of the coin equally. Of course if the death/stoner amalgamation works with you then you’re onto something special. 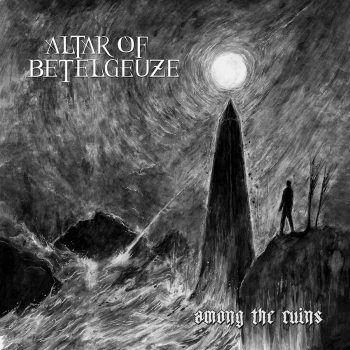