They are back. The much loved by symphonic metal fans trinity, Magnus Karlsson (Primal Fear, Free Fall, The Ferrymen), Russell Allen (Symphony X, Adrenaline Mob, TSO), and Anette Olzon, has returned with a second album. Their first joint project, Worlds Apart, was released just before the first lockdown. They hit the spot with ‘No Sign Of Life’ being scarily prophetic and are now back with more powerful messages delivered through the tools of symphonic metal.

With certain musicians, you don’t think they could go any further in terms of achieving excellence, but they somehow keep surprising you with more. Magnus Karlsson, a modern day music genius, has evolved even more since that first album with Annette and Sir Allen, although he already was in the top echelons of symphonic metal. Writing and recording an amazing metal opera trampolined him into another ball game altogether.

One example of the arsenal that Magnus is using now that he has the metal opera under his belt is ‘So Quiet Here’: starting off with an epic solo, what follows is a particularly tasteful multilayered composition like the ones from his metal opera. Another track to remind you of the opera project (the last song, to be precise) is ‘Never Too Late’. It drips with raw emotion, and the background vocals add an extra layer of epic.

The overall sound seems to have deepened, and more epic and dark elements have been embedded into his music. It is still very melodic, very loveable, and a bit harder and heavier.

From the very first notes it is evident that this album will take us into a heavier dimension than Worlds Apart. This is where Magnus’ experience in Primal Fear comes in, as well as Russell’s work from Adrenaline Mob. Russell unleashes his proper metal pipes in the way only he can: tastefully and perfectly.

While the vocal style of both singers was more lyrical in ‘Worlds Apart’, this time Russel’s raw style of singing is deployed far more, balancing the perfection delivered by Anette’s crystal clear voice (example being ‘Out Of Nowhere’).

You will hear a lot of what you would expect from Magnus here, so it won’t exactly be a surprise for those who know his works well. In ‘Out Of Nowhere’, power metal sections are followed by more melodical/symphonical ones, and the background keyboards give it a bit of an out of this world feeling. An particularly good intro that is very typical for Magnus can be heard in ‘A Million Skies’ – a signature song for him, with the slow building up of pressure and symphonic elements joined by the excellent guitar. There is some proper head banging stuff here, good riffs and the compulsory powerful vocals.

Personal favourite is ‘Carved Into Stone’ with its contagious tune and very melodic intro: classic Magnus. ‘All Alone’ is another amazing song similar to what they did in the previous album: starting off with piano, joined by guitar, developing into the beautiful power rhythm we know Magnus for.

With ‘I Am Gone’, it feels like the dynamics is shifting towards a slower pace. The last two songs are epic, making you feel you are on the home stretch, and the final one wraps everything up similarly to the closing track from the metal opera.

If you follow the career of any of these three musicians, this would be an unmissable record for you. 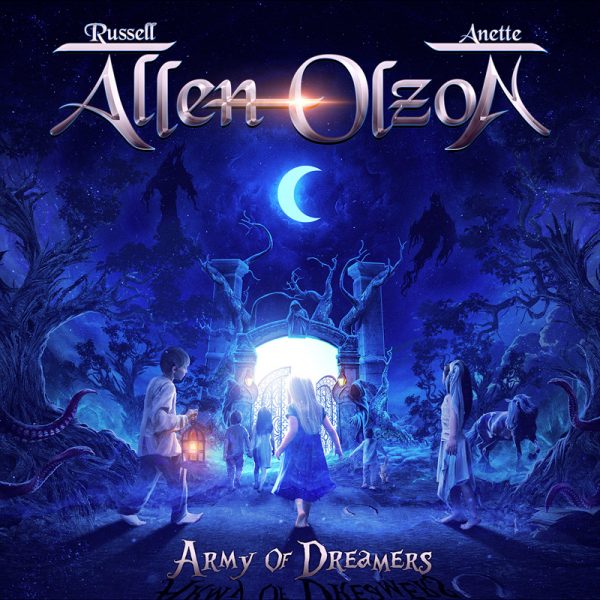