As soon as the proverbial needle has connected with the proverbial first-etched groove of ‘Guardian Angel’, the first track from their fifth studio album V, it is quite literally pedal to the metal in the most glorious, traditional sense. Guitarist Joe Stump and guest-drummer for the track, Nigel Glockler [Saxon], front-foot it from that first split second, screaming guitar sprinting next to those thunderous drums, and then the voice of new Alcatrazz’s singer Doogie White tears into action, smashing the notes and hitting the vocal heights which Alcatrazz music demands.

“‘Guardian Angel’ is the frantic opening track of the album, it’s very fast and intense,” explains White.  “It features Nigel Glockler on drums, who carries out a hell of a performance.  Inspired lyrically by a biography of an old stage actress not being able to perform again, the song is a sort of lament of these difficult times, about the pain and sorrow of witnessing classic venues struggling to stay alive and the grief of not being able to perform nor attend concerts.”

“‘Guardian Angel’ is a killer opening, fast double-bass, track,” furthers Stump. “Guitar wise, it starts off with a very intricate and harmonized Neo-Classic influenced section, followed by a ripping solo ‘ala Ritchie Blackmore to then go into another arpeggio section and harmony.  As far as tempo goes, it’s in the spirit of early Helloween or classic Stratovarius, only heavier and meaner.  Once everybody hears it, they’ll know we mean business!” 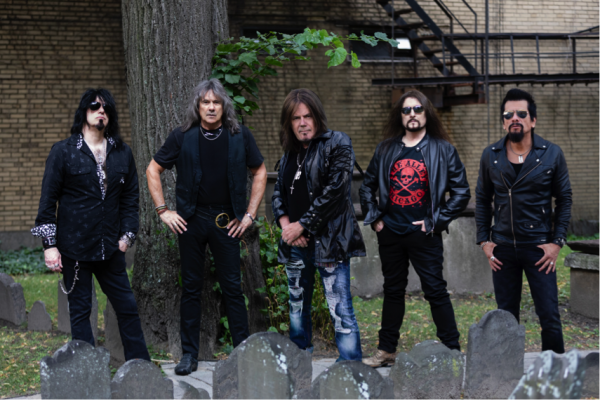 Formed in 1983, Alcatrazz became famous for its blend of melodic and progressive rock and for introducing guitar heroes Yngwie Malmsteen and Steve Vai. Emerging in 1983 with No Parole from Rock ‘n’ Roll, which featured the hit ‘Island in the Sun’, the band continued building popularity in 1985 with their sophomore effort, Disturbing the Peace, which contained the hit, ‘God Blessed Video’. The band issued one more studio LP, 1986’s Dangerous Games, before ceasing operations the following year.  The band regrouped and released highly acclaimed Born Innocent in 2020, their first studio album containing all-new material since 1986.

Both vintage and timeless, V treads the Alcatrazz textured-territories of old but with renewed vigor and verve.

“The new album brings us full circle from our original roots to a modern much heavier version of all things Alcatrazz in 2021,” confirms Shea. “I feel great and I’m looking forward to the release of our new album with its heavy rocking metal sounds.”

There is little doubt that this Alcatrazz is going full-tilt with not one ounce of a shackle holding them back and in that regard, White’s supreme vocal work on all 12 tracks serves as the catalyst for their creative synergy, and not only that, his supremely positive energy brings the band closer than it has been since, well, 1986!

“The guys called me and asked if I wanted to join the band, and, you know, I’m sure they could and would’ve been spoiled for choice, but, they asked me,” beams White. “I heard the music and ‘Turn of the Wheel’ was the first song we wrote together. It’s a great song, a “metal” hit! V has a couple songs that are “commercially metal”, and then it has some that are very dark and menacing,” he furthers. “It touches on a lot of the isolation and loneliness, alcoholism, redemption and darkness, but hopefully there’s a ray of hope and light at the end of it all.”

And just in case you’re wondering what V stands for?  Alcatrazz’s fifth studio album of course… but it also stands just as resolutely for Victory; the victory that sees Alcatrazz 2021 stronger than ever despite all the odds.

V is available to pre-order at this location 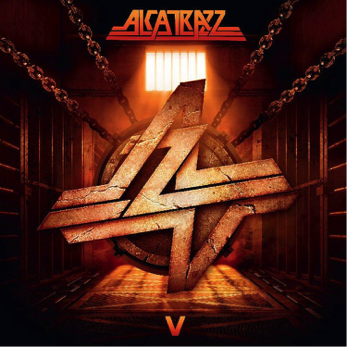