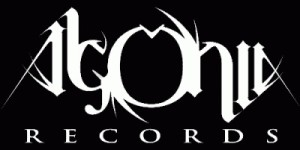 Yes folks, Agonia Records have brought us even more delights:

Twenty years in and Sweden’s Svartsyn are still going strong, producing savage black metal that is as ruthless, relentless, and remorseless as it was back then. Barbed and barbaric, after a brief scratched violin intro, the nightmare unfolds and it’s clear that mainman Ornias isn’t concerned with “progress”. As asphyxiating as it is belligerent, the acid-burn vocals and contorted melodies sit atop a blaze of wall-of-fire guitars and rampant skin-smashing. When the tempos drop, the music churns and the listener is dragged beneath the surface before being consumed once more by another wave of ferociously intense black metal.

A step up – in some ways at least – from 2012’s The True Legend, Black Testament is pretty much more of the same. ‘Carving A Temple’ stands out above the rest of the tracks, not just because all the rest share a number of similarities, but because this is where Svartsyn channel the dark forces into one track that is consistent throughout. Though Ornias can do much better, this is still a worthy addition to his already impressive back catalogue.

Aborym’s sixth album, Dirty, is an inescapable onslaught of mindfuckingly harsh industrial metal galvanized in black and bleak cacophony and chaotic electronic noise. Ferocious throughout, their sound is brutal and unremitting, their avant-garde aesthetic discordant and distressing. Ruthless rhythms clash with blackened vocals and insanely crushing riffs collide with wall-of-noise corruptions of sound. A blend of industrial, black, classic, avant-garde and prog, this is the future gone bad. And there’s no exit, there’ll be no exodus; all will be consumed as the world collapses around us until, inevitably, we are devoured; such is the impact of this corrosive mass. And don’t expect the second CD to bring any respite. The covers of Iron Maiden’s ‘Hallowed Be Thy Name’, Pink Floyd’s ‘Comfortably Numb’ – Gilmour’s solos interpreted very well – and Nine Inch Nail’s ‘Hurt’ all retain the essence of the originals and are augmented by Aborym’s unique approach. Highly recommended.

Sweden’s Pest are long into the second decade of their existence and they are on an expedition to maintain black metal in its truest form. Stripping their sound back even further, they have no concerns with what they are supposed to be doing or are supposed to sound like. Evil is at the core of their journey into the darkest recesses of the black metal psyche. Menacing and sinister throughout, The Crowning Horror is remarkable, quickly shifting between the rapid and rabid and the down-tempo and dirge-like, Pest imbuing the album with an overwhelming sense of despair and depravity.

For those who consider black metal to have reached a point where “post” is the only option for progression, Pest’s expedition deeper into the caverns from whence this evil spawned has proven itself to be an option worth considering. Simple, effective, powerful, black to its very core.