sophomore album (Soulship) and their latest offering Deathcall. In the realms of doom metal eight years is an eternity but some music is worth waiting for and Greece’s Agnes Vein have aged like a fine malt liquor. Certainly not for the faint of heart Deathcall is an earth-shaking album that’s sure to gain the band some worldwide attention.

Album openers don’t come much better than the crushing riff that heralds the arrival of ‘Deathcall’. Seemingly excavated from the very depths of hell it’s a megalithic riff that reverberates throughout the album and when the bass and drums kick in it’s with the force of a thunderbolt cracking a leaden sky. ‘Deathcall’ swings like a huge pendulum that’s slowly inching towards your neck and the brand of doom metal that Agnes Vein create is as equally ominous. The band capture the essence of something so vast and immovable that it can be barely comprehended; it’s a nowhere ending desert or an expansive ocean and the following ‘Vultures Hymn (Praise Bounteous)’ does indeed weigh heavy upon the listener, rather like an anchor tied to a drowning man that’s dragging him down to delirious depths. Such is the monolithic nature of Agnes Vein that you have no option but to stand in awe and submit to their sheer brute force.

Like many bands comprising of three members (think Anvil, Budgie, Motörhead) Agnes Vein sound far bigger than their constituent parts. This is very evocative music that creates discombobulating soundscapes, and ‘Sovereign Star’ contains an other-worldly mid-section which suddenly veers into stoner territory and provides a moment of light within the black. These tensions of opposites echo periodically as clean singing nestles next to gruff, deathlike growls and thin guitar lines float atop chunky riffs. Needless to say, it all adds up to an intense listening experience and it’s one the weighs on the listener like a concrete overcoat. Sakis K’s tortured vocals on ‘They Who Neared The Portals’ act as a sirens call which lures the listener deep into the band’s dark world and it’s a world where doom, death and black metal collide…and with cataclysmic force.

With six songs stretching over 47 minutes Deathcall is an album of Nietzschean proportions. It finds Agnes Vein staring into the void, only to find the void staring back. Dragging itself along like a wounded giant ‘The Golgotha Entanglement’ is a song of vast, epic scope and is almost progressive insofar that it’s a song of several suites, all distinct yet fitting together into a cohesive whole. A wheel in perpetual motion, this final cut is in constant evolution and finds Agnes Vein displaying all their wares and evoking a whole range of emotions within the listener. However, this track, as with the whole album, works best when Agnes Vein directs their sound towards the darker side of life. Like a Francis Bacon painting they strip the veneer from this world to reveal something altogether more disturbing beneath.

Those who like their doom metal down-tuned, discordant, and dirty will find a spiritual home here and in Deathcall Agnes Vein have released a career-defining album and it’s one that’s sure to set a new standard in the realms of doom metal. 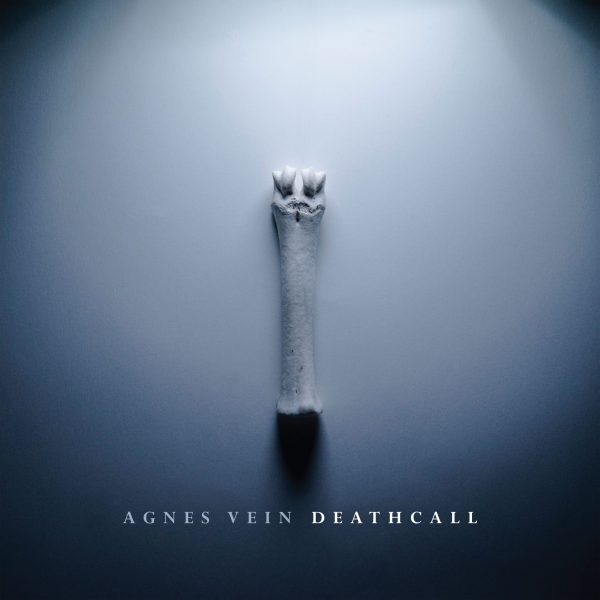