Not so long ago, San Antonio, Texas was the metal capital of America and it’s a crown soon to be reclaimed with bands such as Hötzi, Overt Enemy and Aggravator forging new territory. The latter, formed in 2008, have left a tantalising trail of vinyl and their latest effort, Unseen Repulsions, stands as a career best and is sure to win them a whole new following.

Aggravator are a band who go straight for the jugular; there’s no feints or rabbit punches, just a weighty drum roll which heralds the arrival of the explosive title track. Reminding me of early Kreator (think Terrible Certainty and Pleasure To Kill) Aggravator press the pedal firmly to the floor and rarely let up throughout these six blistering cuts. With a riff that seems intent on breaking the speed barrier, ‘Unseen Repulsions’ is a high octane opener that’s powered forth by an unbridled rage. However, for all its fury there’s a strong groove bubbling beneath that renders it very mosh pit friendly and should cause all sorts of havoc wherever it’s played. 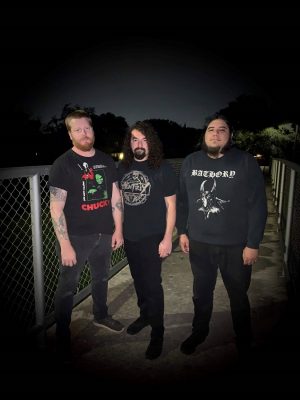 Barely a pause for breath and we’re into the thrash-tastic ‘Fragmented Identity’. Full of technical riffage and ethereal soloing it’s a dizzying affair that swirls around the listener like a tornado. Founding member Derek Jones has a raw, raspy voice and spits his words with venom and his impressive range veers between clean and guttural growls and it’s put to good use on the excellently titled ‘Searing Gas Decomposition’. There’s plenty of shredding on display and the band are wise enough to mix up tempos ensuring that Unseen Repulsions doesn’t fly by like a bullet train but takes an occasional stop. Wheeling out the heavy artillery, ‘Infinite War’ soundtracks a world perishing in flames and features some nifty bass runs from Tristan Hernandez.

Aggravator display a definite European influence on this record and no more so than on ‘Bounty Hunter’. It’s a song that captures the spirit of ‘82 as metal was morphing into thrash and the insanely catchy riff has more than a touch of Accept and Grave Digger. Factor in some sublime soloing and Mike Cortes’ unrelenting drumming and you have a pretty heady concoction. Originally appearing on their 2010 demo ‘Seven Swords’ is the closer that features more powerhouse drumming from Mike and finds the band racing towards a frantic conclusion which ensures they depart as they arrived. 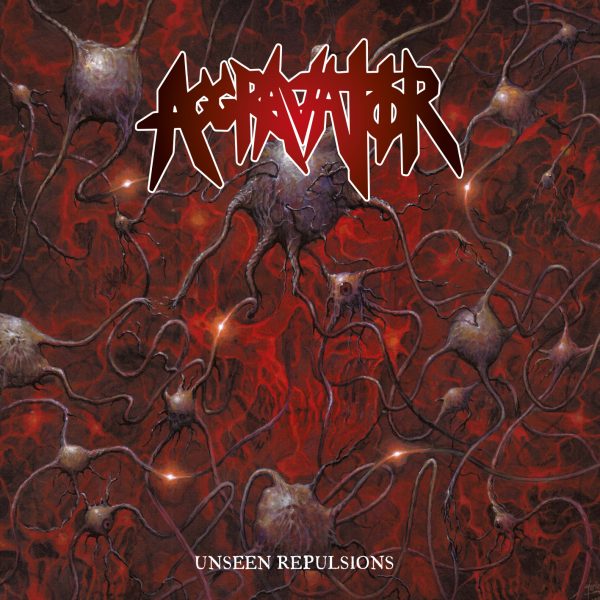