Gruesome… and gory… and groovy, baby!

Pavement pizza’d by Century Media Records on 22 April 2016 and looked back upon with disgust by Jason “okay, I’ll clean it up” Guest

Barfing up contaminated, irascible and virulent platters of splatter at fairly frequent intervals of about two years – save for the four year wait for 2012’s magnificent Global Flatline – since 1995, Belgian batterers Aborted are back with album number nine, Retrogore. Another rotten bulk of rancid and repulsive death metal bliss pulsating with all the technical death and grind depravity that is the band’s trademark, it is merciless. And occasionally comical.

The (de)compositions are solid, the structures developed, and as you’d probably expect, there’s a lot going on. Bone-grinding riffs bespattering every one of the twelve gravely contagious tracks, brutality and melody sutured into groove after booty-moving groove, and gift-wrapped in a gut-pummelling production, it’s a fucking bruiser. With the solid kick drum cutting through and bringing the force of the whole kit with it, the heft of the guitars and the bass is dense, deep, and dirty. The heady lead-work and technical passages complement the gutsy grind of the savage grooves, and the musicians work together to explore and exploit their abilities as musicians, the addition of guitarist Ian Jekelis in 2015 serving the band well. And as ever, “Gurgloroth” Sven de Caluwé’s growls are harsh and his rants rancid and his place in the mix assured and assertive.

So yep, it’s another Aborted album. With each album they become more refined, more honed, more… well, more Aborted. They know when to get heavy, when to get brutal (which is all the time, natch), when to get complex, when to dig deep into the groove and when to lean into the dense and the atmospheric. Okay, so as usual some of the tracks blur into one but this is still a crushing piece of work. ‘Cos, y’know, if it’s still doing the damage it’s s’posed to, why fix it? The funny bits? Listen out for the samples they’ve taken from a bunch of movies. Oh, those Aborted boys and their sick sense of humour. They’ll be the death of us all… 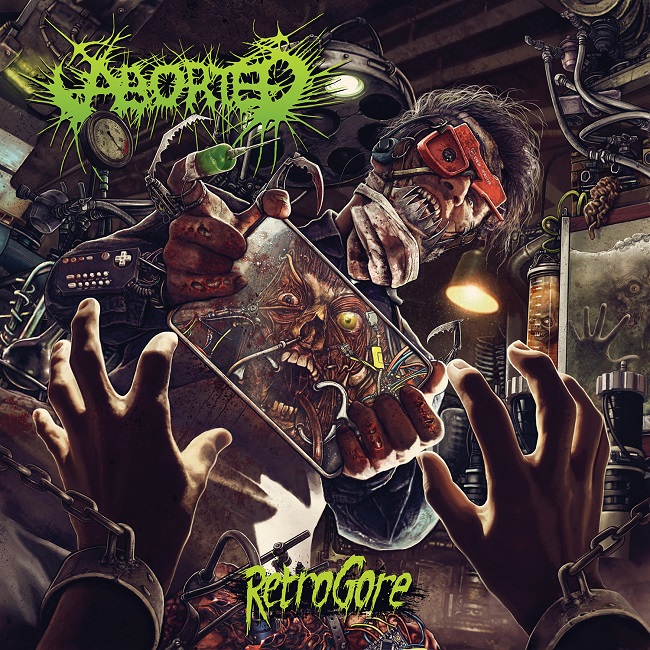