The first thing that strikes you about Pyramids of Damnation is its sheer duration. Death metal and grind albums rarely stretch to 90 minutes but that’s what Aborted Fetus do here, with the help of three 10-minute-plus monologues.

The album sleeve and title reflect something of the theme of this album, further endorsed by opening sonic sandstorm ‘Pharaoh’s Disasters’. The first song though to reveal the brutal force of singer Igor is ‘Earth’s Bloody Punishment’ which could give Moses a run for his money when it comes to a parting of the waves.

‘Execution By Toads’ is the first long-haul ride but it’s done very well, the rhythmic tempo providing the canvas from which the occasional more jagged dimensions are explored.  While the US has long been the benchmark for this kind of guttural excavation through the likes of Cannibal Corpse, Dying Fetus and Suffocation, what sets Aborted Fetus apart is that they hail from Russia, not generally the first place you’d look to find such vitriolic barbs as ‘Cattle Pestilence’.

Pyramids of Damnation is their seventh album so they’ve certainly got their breakdowns off to a fine tee by now and their insipid brutalism is as dominant as anything you’d find Stateside. Of course the mighty Nile have made a living from their twisted tales from ancient Egypt but Aborted Fetus have nevertheless explored the Valley of the Kings in search of a few golden nuggets of their own. 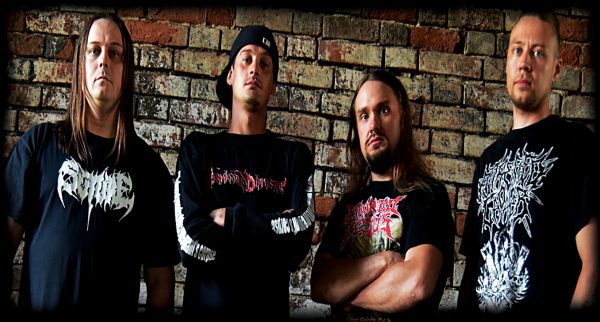 ‘Goddess of Chaos’ is the second of the extended tracks and rumbles over the horizon with inherent menace before the early jostling makes way for some searing solo work from guitarist Meatgrinder.

On the downside there is some slack, which is perhaps the chance you take with such a lengthy album, the instrumental ‘Tomb of Damnation’ not really living up to its name. Far better though are the likes of the scab-infested ‘Abscesses On My Body’ which would have an Egyptian prince turning over in his sarcophagus.

Aborted Fetus have been flying the red flag for this Molotov cocktail of grind and death metal for 20 years now. It’s certainly primal, and at times you do wonder if the drummer has exchanged his kit for a few rusty biscuit tins, but when its pitched just right, such as on the marauding ‘Locust of Death,’ the four-piece just about strike the right note.

Overall, if you’re a fan of down-tuned deathly boneshakers enveloped in the same kind of agitated atmosphere associated with bovine brutalists Cattle Decapitation then these Urals ultras tick most of the boxes.

Pyramids of Damnation was released on 11 September via Comatose Music 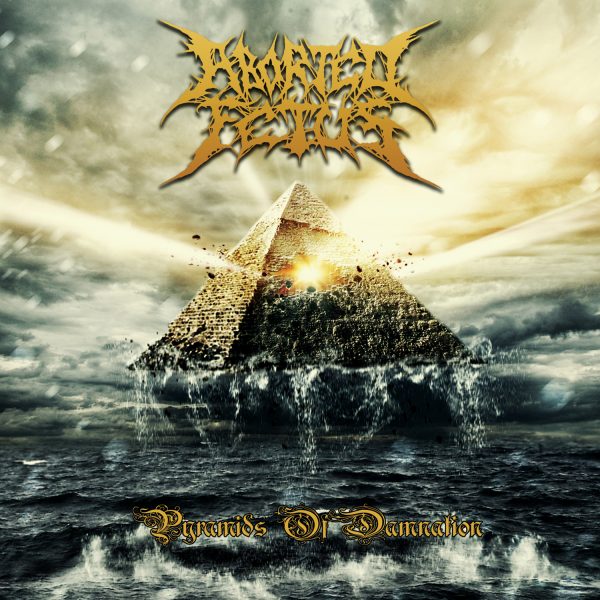